The Federal Government (FG) has allegedly paid the whopping sum of N800m to bandits who recently abducted some students in Niger State.

1st News had reported that the bandits attacked the Government Science Secondary School, Kagara; Niger State, kidnapping scores of students and staff of the school.

Additionally, the incident, which occurred in the early hours of Wednesday, also saw the death of a student.

Now, indications have emerged that the FG has paid a ransom of N800m to secure the release of the captives. Specifically, sources disclose that the money was ferried to Tagina Forest where the bandits are holed up in.

Furthermore, the negotiations for the ransom was allegedly coordinated by renowned Islamic scholar, Sheikh Abubakar Gumi; as well as the National Security Adviser (NSA), Babagana Monguno.

Consequently, the bandits are said to have freed all students and officials abducted from Kagara.

The official announcement of their release is expected to be made by the FG today.

Earlier, 1st News reported that Sheikh Gumi, had called on the FG to extend a ‘blanket amnesty’ to the bandits willing to embrace peace.

Also, Sheikh Gumi disclosed that the move would go a long way in resolving the current insecurity. 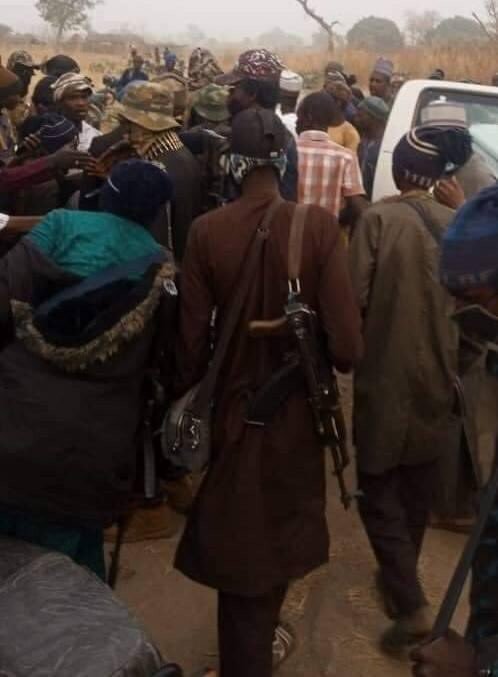 Equally important, the Islamic scholar disclosed this on Friday while addressing journalists in Minna, Niger State capital. Sheikh Gumi spoke after meeting with the bandits who abducted the staff and students of Government Science Secondary School, Kagara, Niger State.

“The Federal government should give them blanket amnesty. Then if somebody continues, then we will deal with them,” Sheik Gumi said.

Further, he explained that some of the bandits complained that their members are being killed and maimed unjustly.

“The outcome is very positive. We have many factions and each faction is saying I have complaints and grievances. We are persecuted, we are arrested, we are lynched -,” the cleric said.

Meanwhile, news of the alleged payment of the ransom of the sum of N8oom to the bandits by the FG is currently causing a storm on social media.

Accordingly, Nigerians have taken to the micro-blogging site, Twitter to react to the development.

Moreover, 1st News  has put together some of the reactions here.

FG paid #800m ransom to terrorists. Why won’t they have better amunitions than the Army? Why would they stop kidnapping when FG itself keeps funding them? Yet Evans is still held in police custody for same crime. A serious govt shouldn’t be negotiating but yes this is Nigeria.

Brace yourselves Nigerians, something is coming

I’m not proud to be a Nigerian!
You shouldn’t too, because there’s really nothing good about Nigeria to be proud of!

Your government has given #800M to bandits. I think I know my next hustle now

When a government starts giving in to the demands of bandits and terrorists,

It’s an avenue and an encouragement for other bandits.

Shame on the Nigerian govt.#800m

This govt is clearly creating more problems for the future because every ransom received by these bandits has been used to acquire arms! It’s not a secret anymore, they’ve got plans for Nigeria and it’s not a good one! #800m

When you give them such huge amount of money 💰 #800m for God sake😭😭💔🇳🇬 why won’t they kidnap d more? When a lots of citizens are dying of hunger every day. This is the most worst government we ever had. I missed @OluObasanjo1 tenure💯 that man gives order

#800m omo Na to go find where I go purchase my own gun ooo…. govt Dey do giveaway for bandits

#800M ferried to terrorists aka bandits by agents of FGN after negotiation brokered by the spiritual leader of the Fulani terrorists Sheikh Gumi. Terrorism is indeed booming under the wayward leadership of Jihadist PMB. Let them continue their romance with their vampire kinsmen.

This one loud biko, Meanwhile we have millions of Youths out there.

Who do we offend in this country 🤲🤲🤲 pic.twitter.com/k7iTfNczef

Nengi Finally Reacts To Reports Of Alleged Beef With Davido

Lovers found dead in their apartment in Delta

Bobrisky Continues To Drag Nkechi Blessing; Reveals Why Her Ex-boyfriend Mike Dumped Her

Man seek help after wife runs away with houseboy

How to improve your health in simple ways

Boeing faces FAA fine and a much bigger 787 repair bill