The hearing into the aftermath of the #EndSARS protests has again found the Police culpable of a case of extrajudicial killing.

Specifically, the Bayelsa Police Command has been ordered to pay the sum of N16m for the killing of a teenager.

Equally important, the decease teenager, identified as Innocent Kokorifa, was killed in Yenagoa, the Bayelsa State capital. 1st News reports that the ruling was handed down by the Bayelsa State Panel of Inquiry on Police Brutality and Other Related Matters.

Innocent was 17 at the time of his death.  In a petition submitted to the panel, the deceased was said to have been shot dead by a police operative in August 2016. Further, the deceased was identified as the son of Mr Daniel Kokorifa; a Federal Road Safety Corps (FRSC) official with the Rivers State Command. 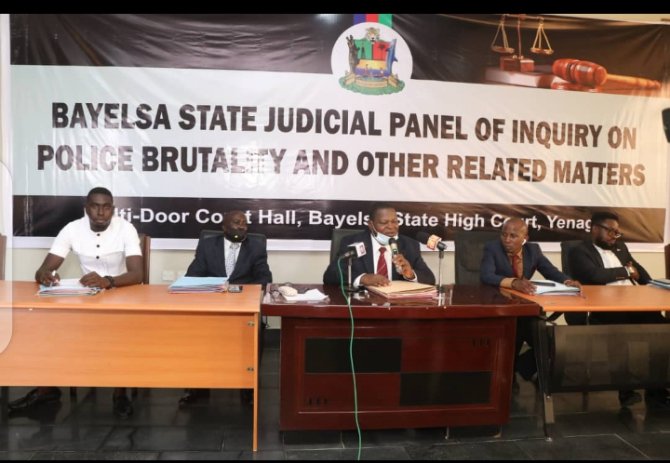 The father of the deceased had filed a petition before the panel; urging the panel to consider an award of N6m which he allegedly incurred since the murder of his son.

Subsequently, the Chairman of the panel awarded Kokorifa the sum of N16m in temporary compensation.

Also, the panel, in another ruling, ordered the release of the corpse of another teenager; Emmanuel Victor, who was allegedly killed by a policeman in 2011 in Yenagoa. The sum of N5m in damages was awarded to the family of the deceased teenager; also 17 at the time of death. The award was to enable the mother, Mrs. Grace Victor ensure a decent burial of her son. Equally important, it was revealed that the officer involved had been prosecuted and sentenced to death by hanging.

In summary, a total of N40m in damage was awarded by the panel on nearly 13 petitions it received in the course of the sittings.

The panels had been instituted nationwide to investigate and make remedies on cases of police brutality; as well as other instances of unprofessional conduct by operatives of the defunct Special Anti-Robbery Squad (SARS). A groundswell of disgruntlement by Nigerians against the dreaded unit had snowballed into a nationwide protest in October 2020.