Kano State Governor, Abdullahi Ganduje has narrated how he escaped death in the plane crash that claimed the life of the former Military administrator of the state, the late Con. Abdullahi Wase and some other state government officials.

He spoke when he received the newly appointed Nigerian Ambassador to Romania; Barr. Safiya Nuhu, a Kano indigene, whose father also died in the plane crash.

“Myself, as the then Commissioner of Works, Housing and Transport, was to visit the Wase Juma’at Mosque which was under construction…

‘‘I was the Coordinator for the appeal fund to build that mosque. The governor was to travel to inspect the project and also pay a condolence visit over a relation that died. So, I coordinated the journey.

“I secured the aircraft that was used for that journey, the aircraft was owned by Alhaji Aminu Dantata. I was the one who wrote all the names of those that were to travel with the administrator.

“And your father was not among. As I was going out from the Government House, the late Wase was climbing the stairs through the family wing and your dad came to me, asking why his name was not there.

“Then the late Wase after climbing one step, stopped and asked your dad: “You are Permanent Secretary Government House. When there is communication from the villa, who will receive that communication?” It is just like a chief of staff.

“Then late Wase asked what was happening. I then told him that the DG was insisting that he wants to follow us. He then said he should be included, then I included him.” Ganduje told Nuhu.

He added that two of them, in their separate vehicles, drove home because they were staying along the same route in Sharada; adding that her dad waved and said good night to him and he responded. 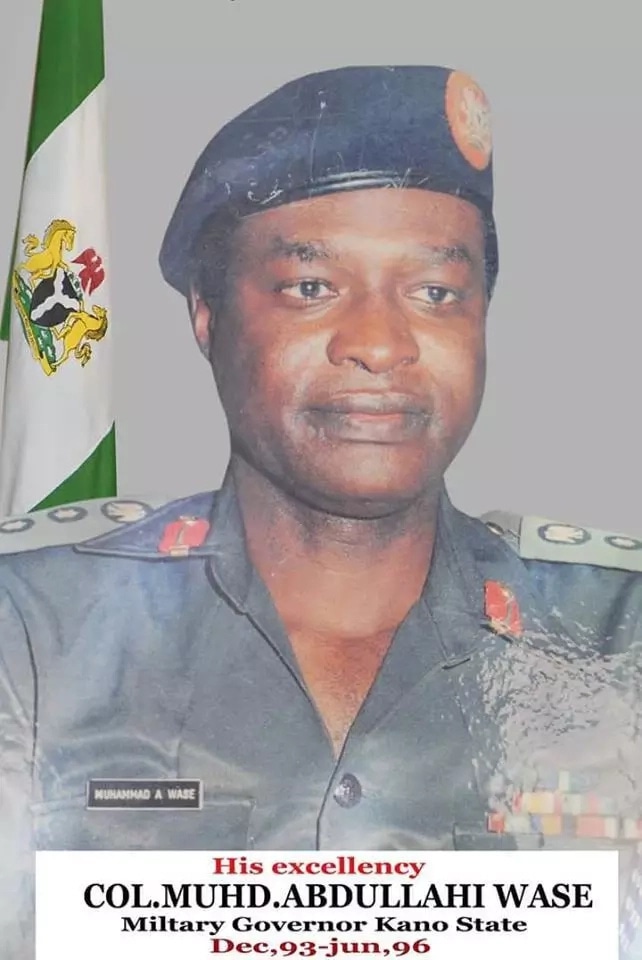 “But on reaching my house, I called my permanent Secretary and told him that we were scheduled to be in Wase through Jos. So, I will not be in the office.

“He said that there was an important message. The memo you were asked by the governor to write to the Head of state. They sent the money requested for the rehabilitation of metropolitan roads.

“And probably the president will send some people to come and see what is going on. So, I said if that is the case, I am not traveling again.

“I then asked him to invite the technical people so that we will meet in my office by 8am, to prepare the necessary memo and when the governor comes back; I will take the memo to him for approval so that we can swing into action.”

Ganduje explained that after that interaction with his permanent Secretary; he decided not to travel with the governor to Wase.

Further, he revealed that in the morning the technical people came; adding that as they were holding a meeting, he was requested to be at the Government House.

“The messenger said that it was a message. Then I left for the Government House and went to the council chamber where we were holding our meetings. That was 1996, about 25 years ago.

“Immediately I entered, I saw the brigade commander, who had taken over immediately and some commissioners were crying. Then I asked if it was not an air crash. How can commissioners be crying in Government House?’’ I asked.

Ganduje quoted the brigade commander. “Well, my colleagues, the administrator left here in the morning. There was a crash in Jos, and no survivors. I am giving you one hour to go and get ready so that we go to Jos and sort out the dead bodies.

“That was the end of it. Your father was my friend, since secondary school, to the university…We later started working at the Gumel Advance Teacher’s College,’’ Ganduje told the envoy.

#IDonPort! If You See Me For Nigeria Flog Me – Tacha