A woman, Olufunke Adegbenro, who works as a nurse in the Isolo General Hospital has been arrested for allegedly practising with a fake licence in Lagos state.

It was gathered that Adegbenro, who was employed in July 2021 by the Lagos State Health Service Commission was caught during a verification exercise by officials of the National Association of Nigerian Nurses and Midwifery after allegedly collecting three months’ salaries from the state government.

According to reports, Adegbenro allegedly forged a Bachelor of Nursing degree from the Ladoke Akintola University of Technology, Ogbomosho, a National Youth Service Corps discharge certificate, a registered nurse certificate from the Nursing and Midwifery Council of Nigeria, and a practising licence to get the job.

The Chairman of the NANNM, Lagos State, Olurotimi Awojide, who confirmed the incident, said his attention was drawn to the incident after verification officers discovered the fraud.

He said, “About two weeks ago, we started our verification of practising licence in all our hospitals and the major reason was that we wanted to know those who had yet to renew their licence and that was when someone saw the licence and saw that it was different and not like others.

“Our attention was brought to it and as the chairman of the association, the licencewas forwarded to me for scrutiny and I also confirmed that it was fake.

Read Also: ‘Heaven Rewrote My Story And Made It Better’- Tonto Dikeh Shares Photos Of Husband, Prince Kpokpogri, At Her Son’s Graduation Ceremony

“I went to meet her to answer questions and get her documents. We invited policemen, who arrested her and took her to a police station. She did not deny any of the allegations; she confirmed that all the certificates with her were fake and the person that helped her to produce them was based in Ibadan.”

The matter was said to have been reported at the Lions Building Police Station.

The Director of Nursing Services, Lagos State Health Service Commission, Olaide Animashaun, confirmed the arrest of the suspect, but declined to comment on the matter.

Ex-housemate of Big Brother Naija reality show, Yerins Abraham takes a swipe at troll who ridiculed him for preaching against toxicity. 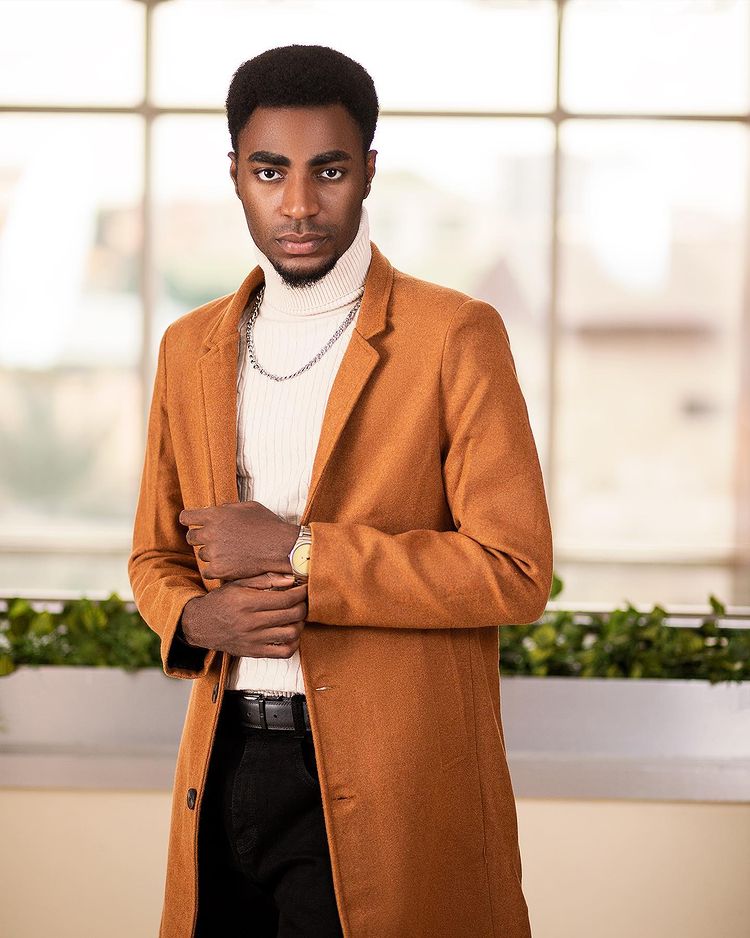 Yerins had taken to Twitter to encourage a positive attitude to BBNaija housemates on grounds that the show is concluded and how love should lead henceforth.

“Nawa o, #BBNaija has ended but some motivational speakers still want us to show toxicity and enmity outside the house
The one on screen wasn’t enough?
Please Love and Friendship covers all. Never sacrifice good relationship for anything,” he wrote.

In response, a troll wrote, “You still get mouth to talk, you that look like fowl that is sick in bbnaija house.” 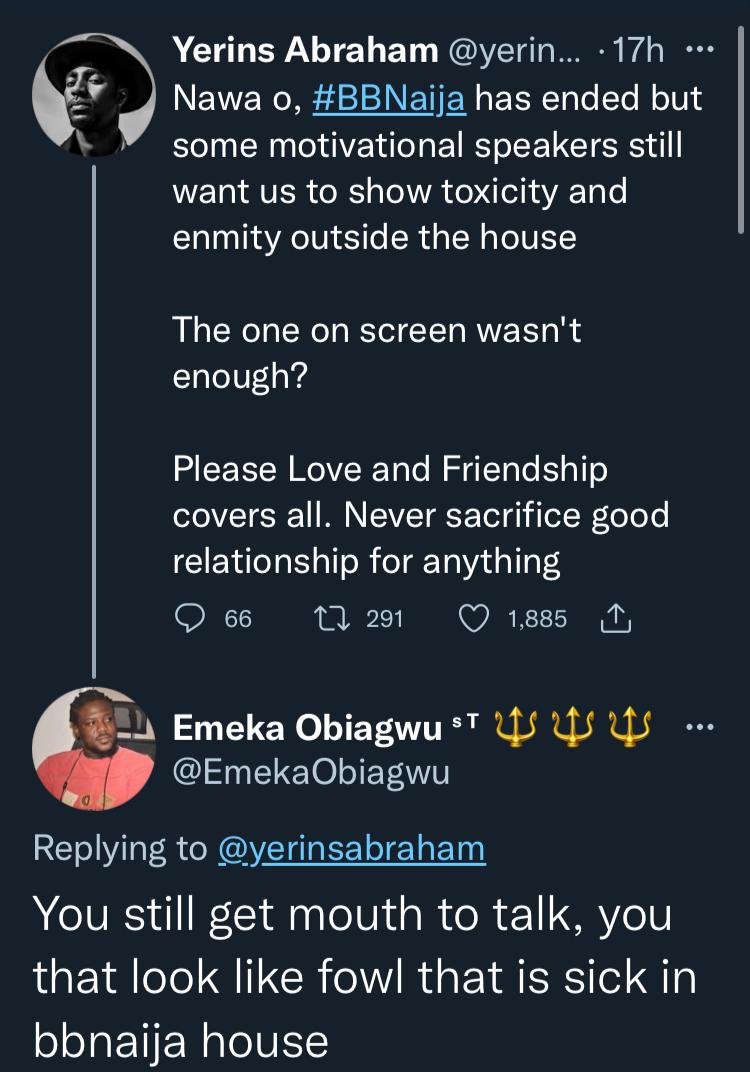 As a way of leading by example after preaching against toxicity, Yerins offered the troll the knowledge of fluency in the English language.

“Let’s correct your Poor English
Looked*…. A* fowl..that was*…in the* Bbnaija
Try and buy a Dictionary,” he wrote. 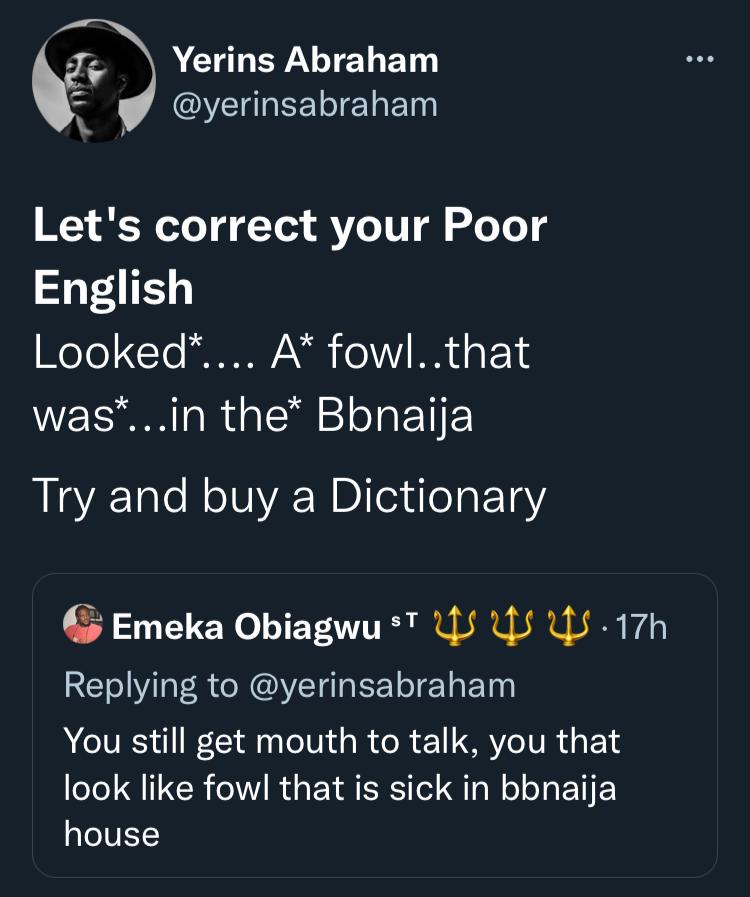 Peter Okoye’s wife, Lola Omotayo has taken to Instagram to pen down an advice for married ladies.

According to the beautiful wife and mother, it is okay for a woman to throw her husband’s clothes in the trash if he leaves them on the floor. Lola noted that if a man leaves his clothes on the floor, then that mean he doesn’t want the clothes. She further advised ladies to be patient for her to pen down more marriage tips for them.

“If your husband leaves his clothes on the floor, it means he doesn’t want them. It’s ok to throw them in the trash. I’ll be back tomorrow with more marriage tips and advice”, she wrote. Former BBNaija housemate, Angel Smith has sparked reactions with her recent message to her fans.

The ex BBNaija housemate in a live video on Instagram, advised her fan not to kill themselves to get her gifts. 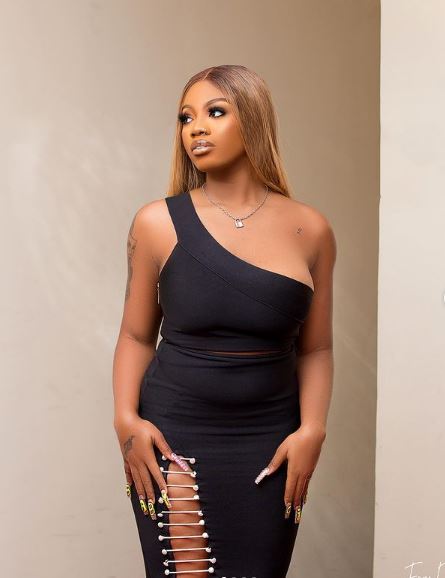 Angel stated that she only needs their support because she knows that very soon, brands will start coming to her with business proposals and endorsements.

“Don’t go and…what’s it called? Kill yourselves. Do what you can and honestly what I need is your support when the brands start coming in”. 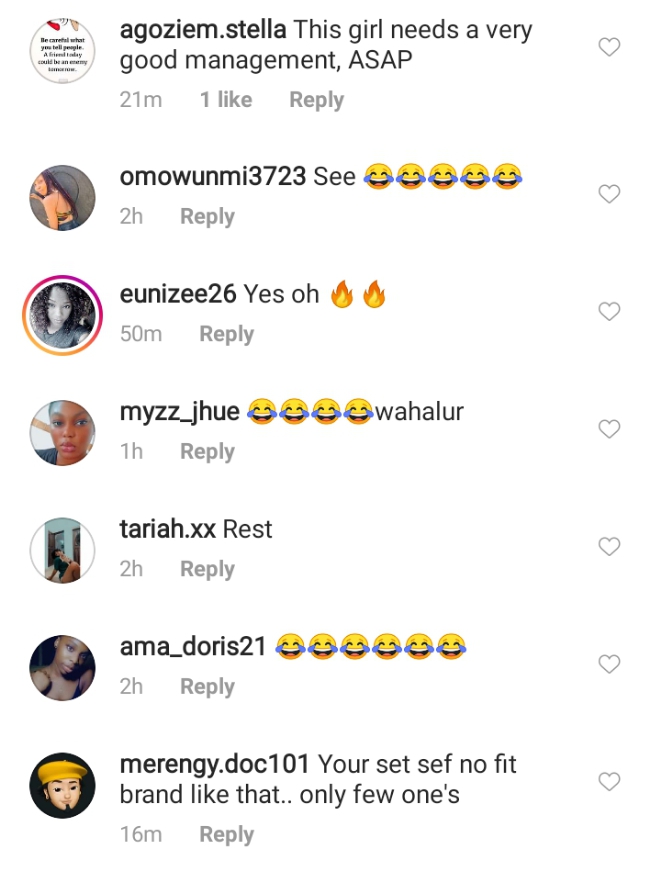 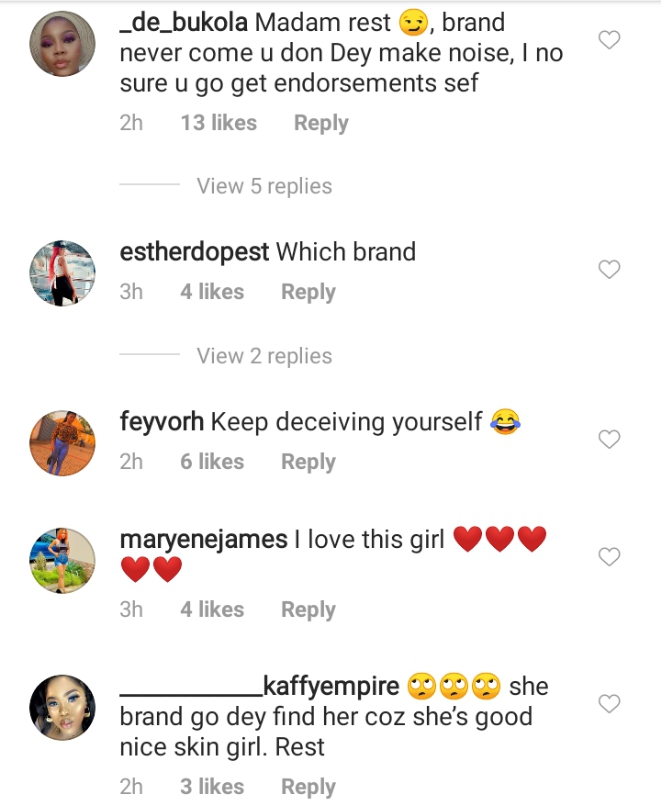 In another news, BBNaija finalist, Liquorose has disclosed why she cannot be friends with Angel.