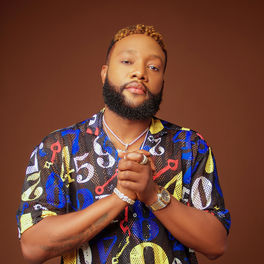 The luxury brand asked him to pay more attention to his style and start off by firing his stylist who keeps sourcing the fake designers for him. He went further to admonish celebrities to stop wearing fake designers as it destroys their brand but rather wear local designers who do an amazing job and style it with pride. He listed a number of Nigerian celebrities who hardly wear luxury designers but love their Nigerian brands and asked people to emulate them.
Read also: She’s Been My Greatest Support – Kcee Flaunts, Serenades Wife On IG

Fast-rising Nollywood actress Bukola Kiitan has been admitted to the hospital over an undisclosed ailment and cancelled all engagement.

Taking to her Instagram page, Bukola Kiitan shared a video of her lying on the bed with a drip fixed to her hand.
READ ALSO: “Never Use Your Grace To Disgrace Anyone’ – Kiitan Bukola Slams BBNaija’s Ka3na

Bukola Kiitan apologised to her fans and followers that she would not meet up for a proposed meet and greet at the Cinema today.

According to Bukola Kiitan, her current health status is an aftermath of a movie shoot.

She wrote: Am so sorry can’t meet up for the meet and greet at the cinema today. Aftermath of movie shoot.

In a post shared on the microblogging platform, Ka3na claimed that most Nollywood producers and actors had become brand influencers; hence there are no latest Nigerian movies on Netflix.
READ ALSO: #SylvesterOromoni: ‘Go Sort Your Life Out’ – Kate Henshaw Lambasts Ubi Franklin

She added that brand influencing is not a competition as she urged Nollywood producers and actors to make good movies for the Christmas holiday.

Displeased with the statement, Kitan Bukola slammed Ka3na for insulting people who have struggled for years to get fame, unlike her, who was fortunate because of the BBNaiija platform.

Kitan Bukola urged Ka3na not to discredit Nollywood stars because of the fame which she got within a few months or use her grace to disgrace others.

Watch our trending video of the day below;

Ralf Rangnick has praised Manchester United’s performance in Sunday’s 1-0 victory against Crystal Palace and singled out Cristiano Ronaldo for his work off the ball.

The German coach took charge of the Red Devils for the first time and recorded a maiden win thanks to Fred’s brilliant second-half strike, with the first half-hour of the match particularly encouraging as United pressed high and got on the front foot.

There had been some concerns that the 36-year-old Ronaldo would not be a good fit for Rangnick’s gegenpressing style, but the forward worked extremely hard to track back and close down.

His work off the ball did not go unnoticed by his new manager, with Rangnick giving the veteran special praise, while he was delighted with the entire team’s display particularly after just one training session.

‘I am very happy with the way the team performed, especially the first half hour, with the pressing, it was exceptional. The only thing missing was the 1-0 or 2-0,’ Rangnick said

‘The way we defended, we had control of the whole game, the clean sheet was the most important part.

‘These are the things we must improve. We need to keep clean sheets. With just the one training session, I was really impressed. We did much better than expected.

‘We always tried to be on the front foot. We were never not apart from maybe the last five minutes. At all other times we were trying to keep them away from our goal.

‘We wanted to play with two strikers, especially in the central position. By the way, Cristiano Ronaldo’s work off the ball, chapeau!’

On Fred’s goal, and what United need to work on going forward, Rangnick added: ‘I had to ask my assistant coach if that was Fred’s right foot. I thought he could only shoot with his left! I’m happy for him.

‘It’s always easier to build on things after you’re successful. We must produce further clean sheets and get better at creating chances for our attack. Overall I was very pleased with the way we played today.’

Tonto Dikeh Has Gone Far In The ‘Spirit World,’ She’s Not A Human Being By Birth – Female Preacher Claims

A video of a female preacher who claimed that actress Tonto Dikeh has gone far in the ‘spirit world’ and is not a human being has been shared online.

The claim was made by Evangelist Funmilayo Adebayo while preaching to members of her church, Mountain of Solution in Ogun state.

Adebayo who stated that Tonto Dikeh is not a “human being by birth,” went on to say that she pities some men as many have ‘lost it’ in the name of “jenjenbe”.

Watch the video below