Thomas Tuchel has hailed “Chelsea boy” Declan Rice ahead of the Premier League leaders’ trip to West Ham on Saturday.

The former Chelsea academy starlet left the club as a 14-year-old, but his former club have long-planned to bring him back to Stamford Bridge, with a fresh move potentially coming at the end of the season.

Tuchel refused to criticise the decision to release Rice, who has gone on to become a pivotal player for England, but no attempt to hide his admiration for the midfielder.

On a day when Chelsea will again be without N’Golo Kante, who is sidelined with an injury after twisting his knee, Rice will have the chance to further enhance his reputation.

Midfield is seen as an area in need of address at the end of the season, with Kante suffering extended lay-offs with increasing regularity.

That was part of the reason for the deadline day loan move for Saul Niguez – but the Spain midfielder has endured a torrid start to life in the Premier League and is expected to return to Atletico Madrid at the end of the season.

Conor Gallagher, who has been so impressive on loan at Crystal Palace, could yet prompt Chelsea to hold off on making a fresh move for Rice, with Billy Gilmour a consideration too if he furthers his development at Norwich.

But in Rice, they know they would be signing a player who is dominating for club and country without yet hitting his peak years.

“It happens at every single club in the world that sometimes players get released in one moment and they have their career on a different way, so this is a pretty normal thing,” said Tuchel.

“I am absolutely aware that he is a Chelsea boy and he comes through the academy and he is very close to our guys.

“He’s a very strong player and in general, I am absolutely impressed by (Tomas) Soucek and him, what they do since I came into the Premier League. What they do for West Ham.

“They are real helpers on the pitch, they have an incredible volume both of them. They take responsibility for high pressing, for deep defending, for filling the gaps on the wings, for deep build-up, for goals from set-pieces. Both of them are simply doing everything.”

Tuchel added: “Declan is an important member of the England team, so it speaks for itself. Very strong in build-up, very intelligent in passing and, of course, they are quality players.

“On top of it, the two midfielders represent pretty much what West Ham is all about, they have the heart to play this game to the full extent and they are very good characters in sportsmanship. They play with passion, the whole team plays with passion, they never give up and there’s a lot of quality behind it.”

Tuchel admits Chelsea have missed the influence of Kante in recent weeks, with Mateo Kovacic also out with a hamstring injury and Jorginho rested against Watford in midweek.

Ruben Loftus-Cheek has been a surprise emergence in midfield after looking set to leave in the summer.

He is set to start at the London Stadium alongside the returning Jorginho.

Tuchel said: “Jorgi is the guy left from Kova, NG and him from the three on whose shoulders we put the central role over a very long period now.

“We are absolutely happy that Ruben steps in now in the way he does it. But we are happy that Jorgi is back in training and we can’t wait for Kova and NG to come back because they are a very important part of the season and in our games.

“This midfield role is where we missed the experience and the leadership qualities of the guys that are out.”

Meanwhile, Tuchel has explained the reasons behind allowing Kurt Zouma to leave for West Ham in the summer – insisting he wanted the defender to stay and fight for his place.

“We replaced him with Trevoh (Chalobah) because we had the faith and trust in him. Until this moment, we could not allow him to go because of course we are selfish and have to see that we have a strong squad.

“So he did not get enough minutes for his status or his quality and where he wants to be in this time of his career.

“We had many talks about it in pre-season where we reflected on his position and our position. The more we got to know Trevoh we thought maybe if Kurt has a constant wish to go…

“For many, many weeks there was not an awful lot of interest in him. I made it clear, I love Kurt, I told him ‘I love you, we don’t have to have these talks. I am happy for you to stay even if Trevoh comes in.’ 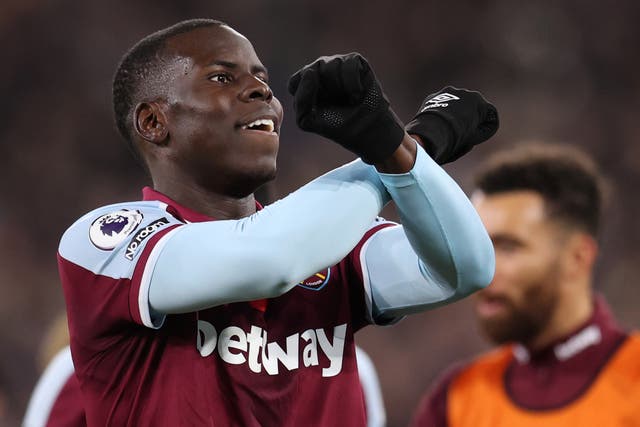 “I was happy for him to stay. He is a top-quality player and could have stayed to fight for his place. And you always have a chance to play, but it’s hard competition.

“He accepted it. Then very late this offer came from West Ham. So we had this talk and he decided this is an offer that might be the perfect for him.

“We took a bit of a risk to fully trust Trevoh because we did not know at the moment if he could reach the consistent levels and I think we got rewarded.”

Mane was taken off in the 70th minute of Senegal’s 2-0 victory over Cape Verde of their last 16 meeting on January 25 with a suspected concussion after earlier colliding with opposition goalkeeper Vozniha who was sent-off in the 56th minute following a second booking for dangerous play.

Senegal national team technical director Mayacine Mar told Sud Quotiden that the bench was observing both Mane and Bamba Dieng who sustained a knock in training.

“Bamba had a little knock but it’s not bad. The doctors preferred to keep him in treatment. Sadio too, but he is doing very well. He feels no pain. He will be operational for the quarter-finals. Maybe tomorrow he will resume training,” Mar said.

Mane is Senegal’s leading scorer at AFCON 2021 on two goals after scoring his second of the tournament with Senegal’s first goal in the victory over Cape Verde.

Senegal are chasing a second successive AFCON final appearance after finishing second in 2019.