Arsenal will wear a one-off all white kit for Sunday’s FA Cup tie against Nottingham Forest after teaming up with Adidas to launch a new initiative that tackles knife crime and youth violence.

The club and Adidas have joined together to work on the campaign No More Red, which builds on the work currently being done by Arsenal in the Community.

In London alone, there were 10,000 knife crime offences during the 12-month period of June 2020 to 2021. Last year also saw the highest number of teenage murders in a year in London since records began, most of which involved knife attacks. 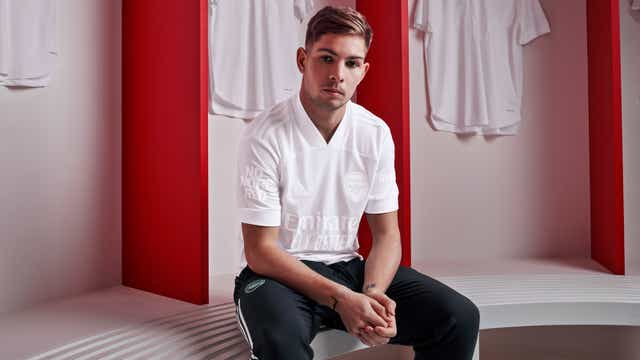 The No More Red initiative aims to provide safe spaces for people to play football, starting with the pitch on the Harvist Estate just minutes away from Emirates Stadium.

It will also involve a mentor scheme, with the likes of Ian Wright and Idris Elba on board with the project.

Arsenal will wear an all-white kit on Sunday against Forest to mark the launch of the initiative, replacing their usual iconic red home shirt.

The kit will never be commercially available and will only ever be awarded to individuals who are making a positive difference in the community.

Following the game, the ten shirts worn by outfield players will be gifted to organisations doing work in the community to address some of the root causes of knife crime and youth violence, such as The Stephen Lawrence Day Foundation and The Ben Kinsella Trust. 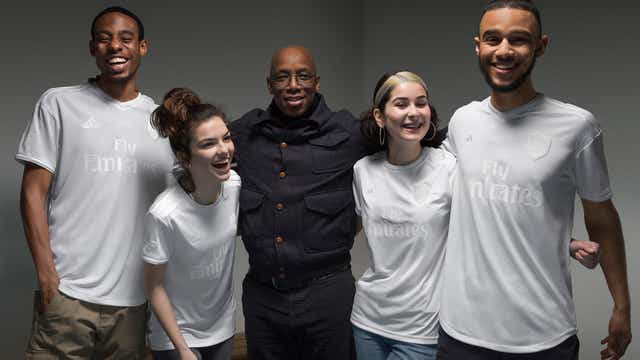 “The opportunity to live free from fear of violence. We can never accept loss of life through youth violence as ‘normal’ in our city and it’s so important that we all work together to create a better environment for young people.

“By giving young people more places to play sport, more support, and access to individuals who can inspire them, together we can help make a difference to young people in London.”

A sensational free-kick from Achraf Hakimi lifted Morocco to a 2-1 win over Malawi and into the Africa Cup of Nations quarter-finals.

Malawi’s Gabadinho Mhango gave his nation a shock lead in the first half with arguably the goal of the tournament from 35-yards out, but a thumping header from Youssef El Nesyri and Hakimi’s set-piece booked Morocco’s place in the last eight.

Vahid Halilhodzic’s side, considered one of the favourites to win the tournament, will play Ivory Coast or Egypt in the next round.

Morocco began the game firmly on the front foot and were piling numbers forward from the first whistle, but Mhango stunned the Atlas Lions with a goal of the year contender in the seventh minute.

The 29-year-old Orlando Pirates striker picked the ball up near the halfway line before he fired a vicious curling strike beyond the helpless Yassine Bounou in goal for his third goal of the tournament.

Mhango came close to scoring again in the 22nd minute as he broke behind the Morocco defence, but he dragged his low strike just wide.

But on the stroke of half-time Morocco got a deserved equaliser through En Nesyri, powerfully heading in a fine Selim Amallah cross at the far post.

Morocco continued to push for a winner in the second half and they got it in stunning fashion in the 70th minute as Hakimi curled his sublime free-kick into the top corner.

Watford have named Roy Hodgson as their new manager following the sacking of Claudio Ranieri.

The Italian was shown the door just 112 days into his two-year contract following Friday night’s horror 3-0 loss at home to relegation rivals Norwich.

An official club statement said: “Watford FC is delighted to confirm the appointment of Roy Hodgson as the club’s manager.

“The ex-England national team boss is joined by his trusted assistant Ray Lewington, who managed the Hornets so admirably from 2002 until 2005.

read also:Referees are ‘spoiling’ AFCON and have turned it into ‘red card’ party – Fans

“Best known for leading the Three Lions during a four-year spell which took in Euro 2012, World Cup 2014 and Euro 2016, Hodgson has also managed extensively at club level in England and across the world.”

It went on to add: “Hodgson and Lewington begin preparations immediately for Watford’s next Premier League fixture; away to Burnley on Saturday February 5.

“Welcome to Watford, Roy. And welcome back, Ray!”

Africa Cup of Nations has been labelled an ‘absolute joke’ because referees are ‘spoiling’ the tournament with red cards.

Fans angrily took to social media after Cape Verde’s last-16 defeat to Senegal was overshadowed by the fact they were reduced to nine men.

Midfielder Patrick Andrade was sent off midway through the first half before goalkeeper Vozinha was also sent off following a collision with Liverpool’s Sadio Mane.

‘AFCON is an absolute joke,’ one fan wrote on Twitter. ‘Referees are spoiling the tournament man.’

Another disgruntled follower of the tournament wrote: ‘These referees at AFCON 2021 have given me more than enough reason to discontinue watching the tournament. Officiating at its lowest.’

The dismissal of Vozinha was the 13th so far in this instalment of the tournament, as many as in the previous four AFCONs combined.

Many of the red cards have been awarded after the fact following the use of the video assistant referee (VAR).

‘AFCON referees should be reminded that they don’t have to issue a red card every time they visit the VAR monitor,’ another angry fan tweeted.

Another added: ‘These referees at AFCON believe visiting a monitor is red card offense, they don’t challenge the VAR decision, pathetic #AFCON2021.’

All five of the last-16 matches has seen a red card, with the group stage also littered with reds

Vozinha and Mane collided in what appeared to be a 50-50 clash of heads but in a blink of an eye the Blue Sharks found themselves down to nine men.

‘#AFCON2021 refereeing is ridiculous,’ another tweet read. ‘The underdogs are always crippled by the decision of the referees. #SENCPV no red card for the keeper.’

The two dismissals in the Senegal-Cape Verde game mean there has now been at least one sending off in all five of the knockout matches played so far.

Across those five games, seven red cards have been shown.