Manchester United striker Edinson Cavani is staying at the club until the end of the season, interim manager Ralf Rangnick said.

Cavani’s contract expires at the end of June and the Uruguay international had been linked with Barcelona and Juventus, while some reports said the 34-year-old could return to South America during the January transfer window.

“Edi said that I can rely on him until the end of the season and that he will continue to give his very best in order to be a role model for the younger players,” Rangnick told the United website. 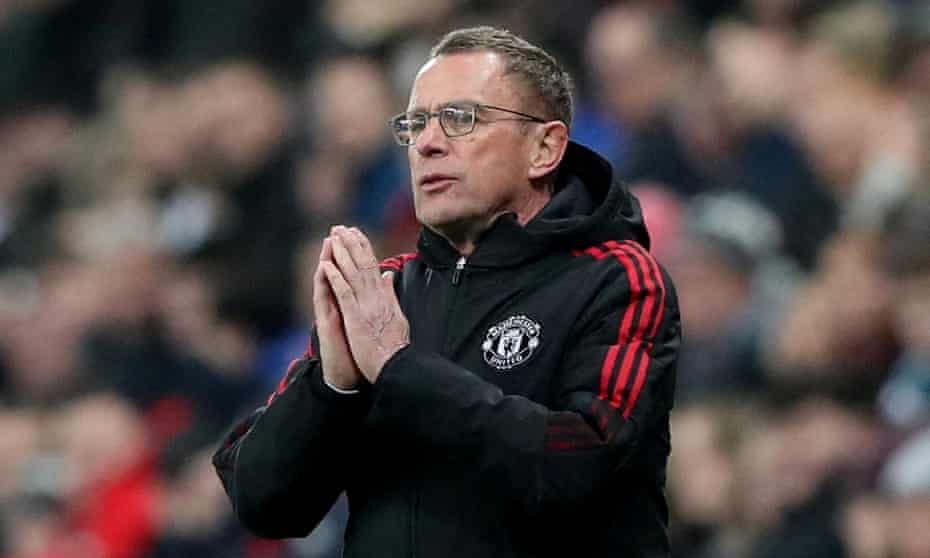 “If he should play from the start he’s always happy to do so and to give his all but if even if he is not playing he will try to be the best possible role model for the other players.

“Edi is one of those players with a very strong mentality. He has vast amounts of experience and a good work ethic that can also set a good example for the rest of the players.”

United host Aston Villa in the third round of the FA Cup later on Monday before travelling to Villa Park in the Premier League on Saturday.

Musa Barrow could be forgiven for seeing himself as the superstar in tiny Gambia as the country’s football team prepare for their first ever Africa Cup of Nations quarterfinal.

The 23-year-old forward plays regularly in Serie A and is fresh from scoring the goal that took the Scorpions into the last eight and a tie against hosts Cameroon in Douala, but his humility shines through.

“Some might say I am one of the big players in this team but I don’t see myself as a big player. I see myself as equal to everyone. You have to stay humble and help others,” he tells AFP at the team’s base in Cameroon’s economic capital.

“Even if you are a big player you have to earn your place and give everything.

“It is our first time in the Afcon. Who knows when we will come back again? So I have to live and enjoy this moment.”

Barrow’s superb goal clinched a 1-0 win for Gambia over Guinea in the last 16 to set up a date with the Indomitable Lions, but even before that this Cup of Nations had been an extraordinary success for Tom Saintfiet’s team.

The west African nation of 2.5 million people which hugs the Gambia river is the smallest country on the African mainland.

The Scorpions had never come close to qualifying for a major tournament before, and yet they made it through their group by beating Mauritania and Tunisia either side of a draw with Mali.

Barrow coolly converted a last-minute penalty to secure a point against Mali and sent stunning free-kicks off the woodwork in that game and against Tunisia.

Needless to say the team are well aware of the impact their run is having back home.

“After the game my big brother called me and you could see all the people outside celebrating,” Barrow says.

“Everyone is happy back home. It is a small nation. We love football. People learn football from the street so coming to this Afcon, reaching this stage is a big improvement and it is going to take the Gambian name to higher heights.”

Barrow is one of a handful of Gambian players based in Italy, having been at Atalanta before joining Bologna in January 2020.

Each has his own story. The 20-year-old midfielder Ebrima Darboe is now playing under Jose Mourinho at Roma having travelled alone to Libya aged 15 before a perilous boat journey over the Mediterranean.

As for Barrow, the boy from Banjul was still a teenager when he was given the opportunity by Atalanta to move to Bergamo.

“My Mum, who is a teacher, didn’t allow me to travel but eventually I got the chance to go to study and then have trials at Atalanta.

“They liked me and so I had a chance to become a professional player. Then you have education and you have football and you have to drop education for football, but I am happy that it worked out for me.”

He has been a revelation at Bologna since joining in January 2020 and netting nine goals in his first half-season in Serie A.

A further eight goals followed last season and five more so far in this campaign, and Barrow is flourishing there under the management of Sinisa Mihajlovic.

“Mihajlovic played a huge part in my career, so I am very happy and I can’t thank him enough.

“Like every player you want to reach a higher stage of football. Playing in the Champions League, playing in bigger leagues, but it depends on the hard work you put in.”

First of all, though, it is Cameroon on Saturday, and a Gambia win would be one of the all-time great Afcon shocks.

“We have nothing to lose but they are the host nation. If they lose it is going to be a big disaster for them.”

Howe expects more business as Newcastle close in on Guimaraes

Newcastle boss Eddie Howe said on Friday that the club would remain active in the January transfer window as Brazilian midfielder Bruno Guimaraes is reportedly set to join from Lyon.

Three months after a takeover from the Saudi sovereign wealth fund the Magpies are flexing their financial muscles in a bid to avoid relegation from the Premier League.

While Newcastle have won only two games all season and are in the relegation zone, they are only one point adrift of safety.

Howe’s squad has already been bolstered this month by the arrivals of English international Kieran Trippier and striker Chris Wood from relegation rivals Burnley.

Guimaraes looks set to be next through the door at St. James’ Park with a deal worth up to £40 million reportedly agreed between the clubs for the 24-year-old, who is currently on international duty with Brazil.

“We are hopeful we are getting close to completing a transfer,” Howe said during a press conference from a training camp in Jeddah. “You can guess (who it is) if you want but there’ll be no confirmation from me.”

And the former Bournemouth boss is expecting more business to be done before Monday’s transfer deadline.

“From my perspective I don’t imagine that would be the end of our interest in bringing new players in,” he added

“Whether that turns into reality, who knows? Things change very late in this window as everybody knows, it can be quite unpredictable in the last couple of days.

“We’re open. We’re working hard to improve the squad. Our biggest aim is to give the team the best chance of staying in the league.”

Accusations of sportswashing by the Gulf Kingdom have reemerged this week as the Newcastle squad travelled to Saudi.

Howe said he had met the club’s chairman and governor of the PIF Yasir Al-Rumayyan.

“I’ve spoken with the chairman, we met him and that was a great experience to hear his thoughts on the club and his vision and how the future looks,” added Howe.

“The players enjoyed that, I enjoyed that and a lot of people around the PIF team have been around here as well so it was a very good experience to bring everybody closer together.”

Derby manager Wayne Rooney said on Friday he turned down the chance to be interviewed by Everton to stay with the financially stricken Championship club.

The former England and Manchester United captain had two spells with his boyhood club Everton as a player.

However, the lure of a return to Goodison Park was not enough for Rooney to give up on the challenge of keeping the Rams in the second tier of English football despite a 21-point deduction due to financial problems.

Derby are second bottom of the Championship, but just eight points adrift of safety.

“Everton approached my agent and asked me to interview for the vacant job, which I turned down,” Rooney told a press conference.

“I believe I will be a Premier League manager. I believe I’m ready for that, 100 per cent. And if that is with Everton one day in the future that would be absolutely great.

“But I’ve got a job here that I’m doing at Derby County which is an important job to me.”

Derby went into administration in September and there remain fears the club may not have the funds to fulfil their fixtures for the rest of the season.

On Thursday, the English Football League (EFL) handed the club’s administrators a one-month extension to be able to provide proof of funding.

Rooney’s reluctance to return to Everton is also a reflection on the state of affairs at the Premier League club.

The Toffees are four points clear of the relegation zone after a dismal run of just one win in 14 league games.

Rafael Benitez, who had been a deeply unpopular appointment due to his history as a former Liverpool manager, was sacked by Everton earlier this month.

Fans protested after last weekend’s 1-0 home defeat to Aston Villa and throughout this week outside Goodison Park.

Rooney’s former England teammate Frank Lampard is now the leading candidate for the job after supporters voiced their opposition to the prospect of Vitor Pereira taking over.

Pereira has won league titles in Portugal, Greece and China, but he is deemed a risky appointment given his lack of experience in English football.

“I think these critics are not directed at me. It is the environment now as the club is not in a good position and the supporters are passionate,” Pereira told Sky Sports.

“But I understand the feelings of the supporters because, in the last few years, the club didn’t get good results and it is normal they are not happy.”