The Indigenous People of Biafra (IPOB) has rebuffed claims that its proposed ban on cow meat in the South East from April was a declaration of war against northerners.

In a statement by its spokesperson, Emma Powerful, yesterday,  IPOB said the ban was only contemplated to avert incessant herders and farmers clashes in the region.

On retaliation by the northern group, which has also proposed a ban on products sold by Igbo in the North, Powerful said: “We did not ban cow meats but those cows that are destroying our farms and those raping our mothers, wives and sisters in the farms. Biafrans can eat foreign cows not the ones that can bring Fulani terrorists in our territories.

“This threat by these misguided northern groups that called themselves Northern Coalition Group has further confirmed the belief that the atrocities of Fulani rapists herdsmen in Biafra and other parts of Nigeria are a common agenda of the North, particularly the Fulani and their terrorists disguised as herdsmen and cattle rearers in all parts of Nigeria and Biafra.

“How come these hypocrites never threatened Fulani herdsmen as they invade communities and kill farmers in Biafra land without any provocation?

“Now that we have decided to boycott and ban cow meat and instruct our people not to eat beef, they now threatened us with war because they think we are vulnerable and weak. We are doing this so that we can have peace in our communities,” Powerful said.

Explaining further on reasons for the ban, Powerful said: “The northern coalition should have first questioned Fulani herdsmen on why they have sex with cows, film such abominable act by themselves and post the video to the world. What is the reason for such beastly behaviour? Who do they want to hypnotise?

“The baseless claim by northern coalition group and Arewa youth groups that IPOB has declared war against the North cannot fly because they started it by destroying alcohol and hotels belonging to Igbo people in the North while it does not belong to the Fulani only.

“IPOB is wise and knowledgeable enough to know what it means to declare war. We are, and remain a peaceful movement.

“We are only trying to safeguard Biafraland against further attacks and pollution by Fulani herdsmen. Nobody should misconstrue our honest action. Since the Federal Government and the compromised security agencies have failed to protect our communities against incessant attacks by Fulani herdsmen using their cows as excuse, we want to severe everything about cows so we can have our peace. We must not eat cow meat again that comes from Fulani people. Let them export their cow meat to other countries in West Africa and other African countries.

“The Sharia Police (Hishba), destroyed and keeps destroying many businesses in the North, especially alcohol and hotels majority of which are owned by Igbo business men, and the hell has never been let loose in retaliation and these heartless beast in human forms are still collecting VAT from alcohol and hotels. Nigeria government did not say anything about that.

“What is more than a declaration of war by the Fulani than that? Has the Federal Government or any northern state government, at any time, said anything against this barbarity? How can northern coalition maintain criminal silence over such atrocity but cry foul and threaten Amagedom over simple ban on defiled animals that have been the excuse for unprovoked attacks and wanton destruction of lives and property of innocent Biafrans by Fulani herdsmen.

“We want to encourage our people to be prepared for what is to come. Nobody should be taken unawares. Enough is enough.

“IPOB is ready to enforce this ban on cow meat. There are other alternatives to animal protein. We encourage our people to go into poultry farm, goat rearing and fish production. Nobody should dare violate this ban when it takes effect in April as doing so amounts to testing the will of the people,” Powerful said. 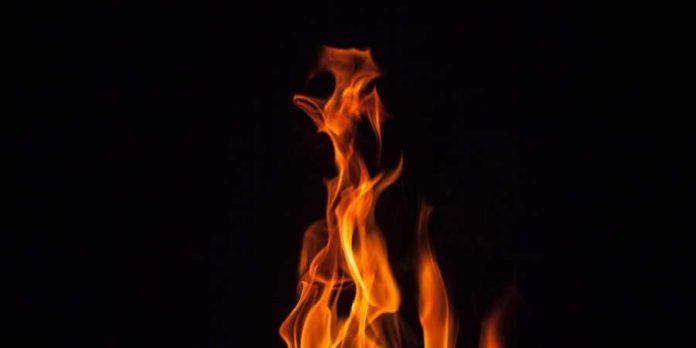 The fire was said to have started at about 4:00am when the shops owners were at home.

A source close to the market, Abubakar Umar, said the inferno razed many shops and destroyed properties worth millions of naira as nobody or agency was on ground to put out the fire or salvage the goods.

According to him:” The fire  destroyed many shops in the market. The situation was very serious because there was no help coming from anywhere.The fire started around 4:00pm this morning and it was so serious that no body could go near it.

The hamattan weather  could not help the situation. We are grateful to God that no life was lost.

Adamu Usman, a  revenue officer of  Mokwa LG ,said that  about 57 shops were destroyed by the inferno.

Undisclosed amount of money was yesterday reportedly carted away by armed robbers who hijacked a bullion van in Otor-Owhe, a community along the Ughelli-Asaba expressway, Isoko North Local Government Area of Delta State.

Local sources informed our correspondent that the bullion van was successfully robbed by the fierce-looking gunmen who emptied its contents into their getaway vehicle before zooming off. According to the sources, the gunmen, numbering about 10, shot randomly at the bullion van, forcing the driver to screech to a halt.

Some of the pellets broke through the windscreen, shattering it in the process.

“Shards of broken glass still littered the scene of crime,” a source volunteered.

Our correspondent could not, however, ascertain if there were casualties during the attack.

Delta State Public Relations Officer, DSP Bright Edafe, said his office was yet to be briefed on the incident.

“I don’t have that information yet. So, I can’t really confirm it. But as soon as I get the information, I will definitely communicate what actually happened,” Edafe said.

However, Edafe said there was no money in the bullion van that was attacked by robbers

Staff of the Police Service Commission (PSC) in Abuja have protested the alleged hijack of the ongoing recruitment of 10,000 constables by the Police Force Headquarters, Abuja.

The workers, who shut down the commission’s headquarters, were also protesting lack of staff promotion and training by the PSC management and declared a three-day warning strike, beginning yesterday.

They accused the chairman of the commission, Musiliu Smith, a retired Inspector-General of Police, of handing over the constitutional mandate of the commission to the Police Force Headquarters.

The workers in their hundreds took the senior officials by surprise as they forced the permanent secretary, William Alo, directors and other senior staffers out of their offices during the protest.

At the time of filing this report, the workers were still at the commission’s headquarters, where the protesters barricaded  the entrances to the office and prevented anyone from gaining access.