Elizabeth John, the ex-wife of filmmaker, Yomi Black, has advised people not to allow themselves to be pressured into getting married.

She also added that marrying wrong is one of the worst decisions a person can make in life.

Elizabeth and Yomi got married in 2012 after meeting on the set of a business reality show.

Their marriage ended last year after allegedly being separated for eight months. They have a son together.

She wrote: “One of the worst mistakes you can make in life is marrying wrong,” she wrote on Wednesday. “Don’t ever be pressured into quickly making that decision.” 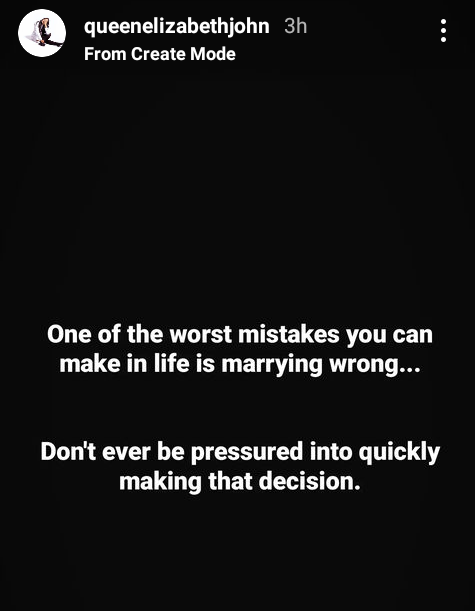 ‘Psychonauts 2’ is coming to macOS and Linux next week

GIPLC disburses over N20m to less-privileged Nigerians in 36 states, FCT