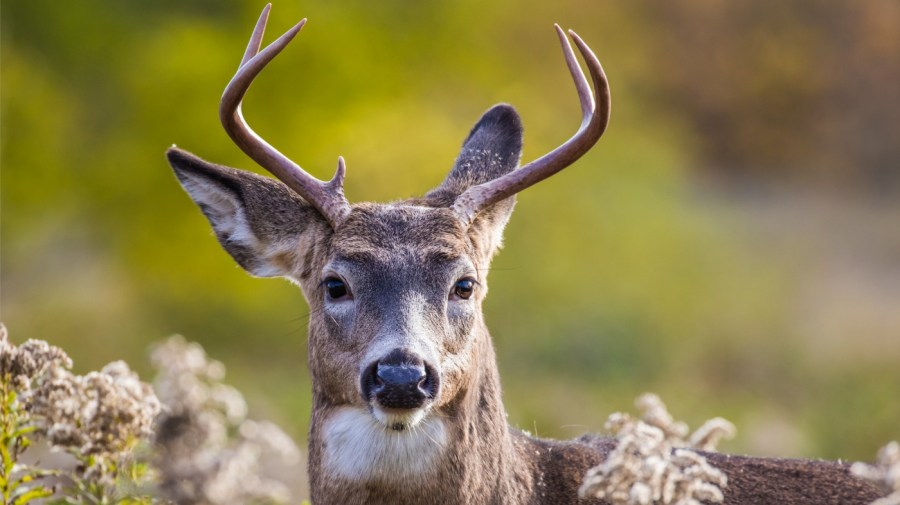 White-tailed deer — known to carry tick-borne illnesses like Lyme disease — may now be making their homes in suburban neighborhoods, rather than stopping by for a midnight snack.

Efforts to control the East Coast’s heavily overpopulated deer population have largely assumed that these animals live in wooded parklands and only pass through nearby neighborhoods for after-dark grazing.

But a five-year study, published on Monday in Urban Ecosystems, has found that these deer are settling into residential areas — spending entire nights within 50 meters (164 feet) of suburban households.

“We knew deer were in and around neighborhoods, but we didn’t realize just how much they were living in the neighborhoods,” senior author Jennifer Mullinax, an assistant professor of environmental science at the University of Maryland, said in a statement.

Mullinax and her colleagues captured and collared 51 deer from five parks in the metropolitan area of Howard County, Md., monitoring their behavior with high-resolution GPS trackers.

The deer typically avoided residential areas during daytime but moved in at night, according to the researchers, who said the animals often would sleep near lawns and yards.

“A big takeaway from this study is that neighborhoods are the home range of suburban white-tailed deer,” Mullinax said.

Equipped with the knowledge that the deer have, in fact, moved in, Mullinax and her colleagues offered guidance as to how suburban communities can reduce the risk of tick-borne illnesses.

Reducing tick populations by either removing deer or treating areas where deer bed down for the night can help limit the spread of such diseases, according to the study.

Welcome to Equilibrium, a newsletter that tracks the growing global battle over the future of sustainability. We’re Saul Elbein and Sharon Udasin. Send us tips and feedback. Subscribe here.

Today we’ll start in Puerto Rico, which Hurricane Fiona has left in darkness. Then we’ll head to Alaska, where residents faced the damaging effects of a highly unusual typhoon this weekend. Plus: How a shift in animal feed could help nourish humans.

Puerto Rico’s electric grid is down after Hurricane Fiona smashed across the island, knocking out power lines and substations before heading to the Dominican Republic.

Emergency conditions: “The damages that we are seeing are catastrophic,” Gov. Pedro Pierluisi (D) said at a press conference reported by The Associated Press.

With hospitals running on generators — some of which had gone down — President Biden declared a state of emergency on Sunday.

Unhealed scars: Damage from past storms left Puerto Rico in a particularly vulnerable position before Fiona’s onslaught — and taught residents to be self-sufficient, the AP reported.

Trust no one: “What we’ve done is prepared ourselves to depend as little as possible on the central government,” hotel owner Tomás Rivera told the AP.

Western Alaskans are facing a difficult recovery after the remnants of Typhoon Merbok battered their portion of the state this weekend, The New York Times reported.

While typhoons aren’t uncommon in Alaska, climatic factors allowed this particular storm to hit the state with unusual and disruptive force.

Damage and danger: Residents who live along more than 1,000 miles of coastline were greeted with storm surges and gusting winds, which caused infrastructure damage and flooding, according to the Times.

The timing could not have been worse: Mid-September is the region’s prime season for hunting, a practice that most rural residents rely upon to stock their freezers for winter, the Times reported.

Meanwhile, damage to fuel tanks could thwart the ability of residents to heat their homes and travel by four-wheelers, boats and snowmobiles, according to the Times.

“The storm hitting the coastal regions of western Alaska is unprecedented,” Dunleavy said.

‘Merbok was different’: Typhoons often hit some portion of Alaska in the fall, Rick Thoman, a University of Alaska Fairbanks climate specialist, wrote in a Conversation op-ed.

“But Merbok was different,” Thoman stated.

The reach was expansive: “There’s a strong likelihood that Merbok was able to form where it did because of the warming ocean,” Thoman wrote in the op-ed, noting that the effects reached a “tremendous area.”

“All coastal regions north of Bristol Bay to just beyond the Bering Strait – hundreds of miles of coastline – had some impact,” he added.

Concurrent crises have brought new waves of mental health challenges in America – with about half of women and a third of men reporting declining mental health since the onset of the pandemic, according to the Kaiser Family Foundation. What are the costs of mental health inequities today, and how might these costs grow if they go unaddressed? Sen. Bill Cassidy (R-La.), Rep. Bonnie Watson Coleman (D-N.J.), NAMI’s Hannah  Wesolowski, Black Mental Health Alliance’s Andrea Brown and Satcher Health Leadership Institute’s Daniel Dawes join The Hill to explore the economics of mental health disparities. RSVP today to attend in-person or get livestream link

An iconic tree is back from the dead

Attempts are underway across the eastern U.S. to bring back the beloved and all-but-vanished American chestnut tree.

That’s opening up the possibility of reversing one of the most poignant ecological tragedies of the 20th century.

Back from the dead: Researchers at a Missouri-based nonprofit foundation say they’ve bred a variety of the chestnut that is immune to the blight that ravaged the trees in the 1900s, according to the Northwest Arkansas Democrat Gazette.

Like other chestnut varieties, the Ozark’s chinquapins were all but wiped out by a blight caused by an introduced fungus.

Subtle survival: But while the blight kills the chinquapin aboveground, roots can survive and push up small, shrubby bushes, the Democrat Gazette reported.

Chestnuts for coal country: Another restoration effort is using genetic engineering in an attempt to reintroduce a hybrid form of the American chestnut on landscapes scarred by the long-declining coal industry, The New York Times reported recently.

A nonprofit endeavor called the Green Forests Work project, has overseen the planting of disease-resistant hybrids across 9,400 acres of formerly mined lands, the Times reported.

Reintroducing an icon: In effect, this means bringing back one nearly-extinct symbol of Appalachia on top of the ruins of another — by means of some foreign DNA.

The genome of the resulting chestnut is more than 90 percent American chestnut, according to the Times.

Envisioning future forests: “I see how it’s going to be in 80 to 100 years,” Michael French of Green Forests Work told the Times.

Adjusting the ways farmers feed livestock and fish could free up food sources for about a billion people, a new study has found.

Small shifts: Relatively simple changes could provide calories for up to 13 percent more people without requiring any increase in natural resource use or dietary shifts, according to the study, published in Nature Food on Monday.

What did they find? The researchers analyzed the flow of food and feed, as well as their residues and by-products, through the global food production system.

They observed that livestock and farmed fish could consume food system by-products, such as sugar beet or citrus pulp, as well as residues from fish, crops and livestock.

Redirecting use: If such changes were made, the scientists estimated that up to
10 to 26 percent of total cereal production and about 11 percent of the world’s seafood supply could be redirected from animal to human use.

Would the transition be smooth? Yes and no; the scientists predicted some initial growing pains on the way to big benefits.

The scientists said that some changes, such as nourishing livestock with crop residues, could lead to a drop in productivity.

They also acknowledged that the human-edible food used in livestock production and aquaculture is different from the foods to which people are accustomed today.

But gains could be substantial: While realizing such a shift would involve some obstacles, the benefits of doing so would be considerable, according to the study.

Please visit The Hill’s Sustainability section online for the web version of this newsletter and more stories. We’ll see you tomorrow.

Cutting costs wherever possible: How farmers are managing sky-rocketing inflation

What Is Darrell Baker Jr. Nationality?