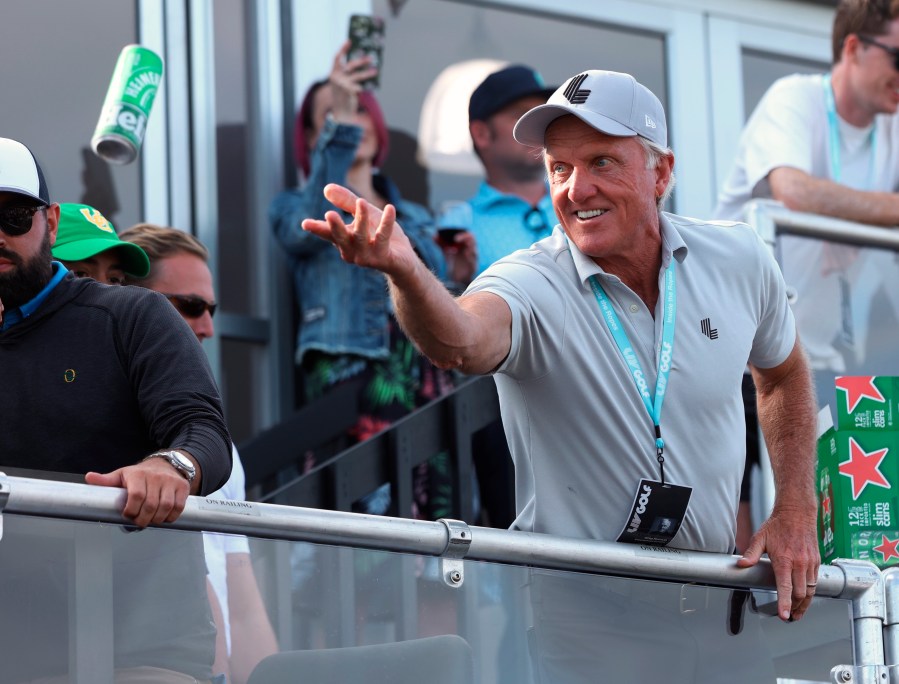 LIV Golf CEO and commissioner Greg Norman visited Capitol Hill on Monday in an effort to discuss with lawmakers the future plans and initiatives of the controversial new golfing league backed by the sovereign wealth fund of Saudi Arabia.

Politico first reported on Monday that Norman is visiting with lawmakers.

LIV Golf, publicly launched last year, has received criticism by many for its ties with Saudi Arabia give the kingdom’s human rights record.

“LIV Golf is coming to the Hill this week to meet with lawmakers from both parties,” IV Golf spokesperson Jonathan Grella told sports media outlet ESPN in a statement.

LIV has been hugely controversial in the world of golf, as it is become involved in an increasingly bitter fight with the U.S.-based PGA Tour over players.

“Given the PGA Tour’s attempts to stifle our progress in reimagining the game, we think it’s imperative to educate members on LIV’s business model and counter the Tour’s anti-competitive efforts,” Grella added.

The Hill has reached out to LIV Golf for comment and more information.

In response to the high-profile defections, the PGA Tour has fined or banned golfers who have joined the Saudi-backed golfing league.

The Department of Justice (DOJ) also launched an investigation into the Tour, founded in 1929, in July over allegations of possible anticompetitive behavior, with golfers’ agents first receiving an inquiry from the DOJ’s antitrust division about the tour’s bylaws governing their players’ participation in other golfing associations and leagues.

Voting laws are changing. Here’s how they look in your state

LIV also filed a federal antitrust lawsuit against the PGA Tour last month, alleging that the Tour improperly suspended players who defected to the new Saudi-backed league and pressured their sponsors and broadcast partners to not work with them, according to ESPN.

In an interview with USA Today published in July, the 67-year-old Norman said that the controversy surrounding LIV Golf hasn’t been fair at all.

Economic activity still below pre-pandemic level; RBI to slow down on rate cuts till next year: Asian Development Bank

Why entrepreneurs are moving to Florida and Texas

Nigeria’s future will be peaceful –Osinbajo