– Everyone said we were going to eat. Meanwhile, our staff – despite unfavorable opinions – made a great sensation – assesses Marcin Gortat. The Polish team is among the top four in Europe. 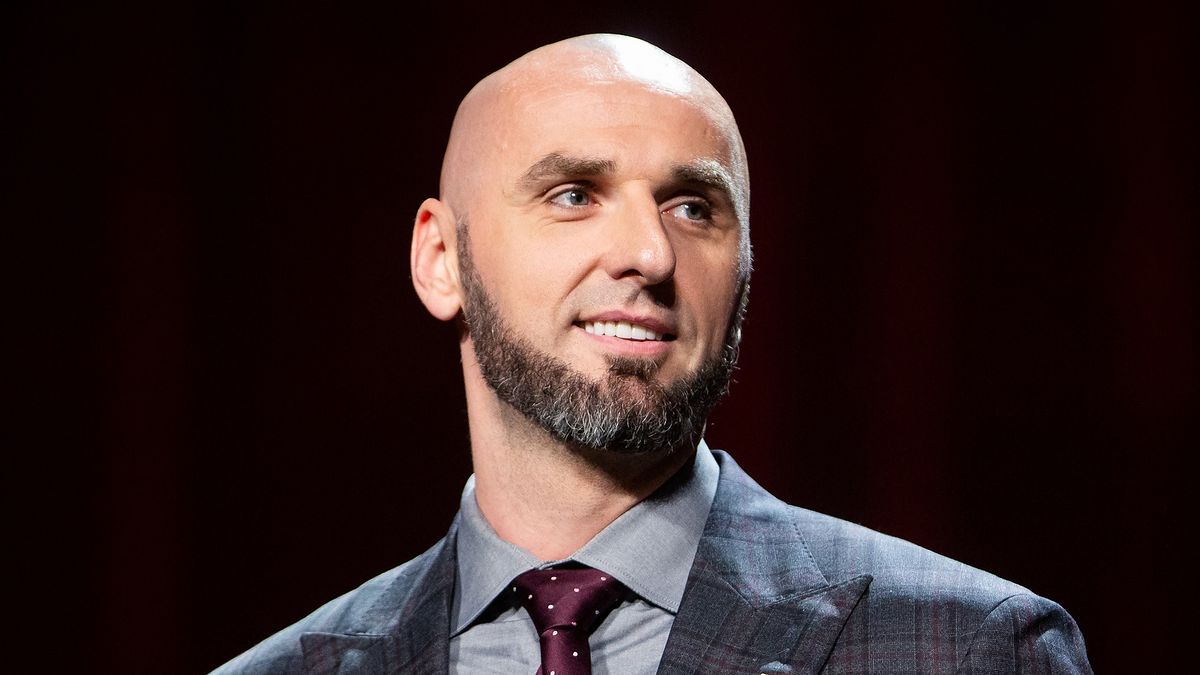 Fantastic time for fans of the Polish basketball team. Igor Milicic’s charges were the greatest revelation of this year’s EuroBasket. Biało-Czerwoni finished the group phase in 3rd place, ahead of, among others Czechs and Israel. Then in the 1/8 finals they defeated Ukraine, and then made a great sensation, eliminating Slovenia from the tournament. Thus, they were promoted to the medal zone.

In the semi-finals, Biało-Czerwoni did not make another surprise. They clearly lost to France. Our opponent gave us a basketball lesson, winning by 95:54. In the match for the bronze, the Poles played very ambitiously, but in the end they had to recognize the superiority of the Germans. The fourth place is still a huge success for the Polish team. Before the tournament, everyone would have blinded this result.

– I hope to see basketball players on TV, “breakfasts” and other entertainment shows. Now there is the role of president Piesiewicz. You have to give him back that he has done a great job in organizing EuroBasket 2025. This is a big deal for Polish basketball. This moment must be seized! This is a basketball opportunity. I believe that one more thing needs to be done – says Marcin Gortat in an interview with WP SportoweFakty.

Karol Wasiek, WP SportoweFakty: Polish basketball players took 4th place at EuroBasket 2022. How do you evaluate the team’s performance at the tournament? Are you surprised the band has come this far?

Marcin Gortat, former representative of Poland and NBA clubs: This is a historic feat for this group of people! Something fantastic! I think everyone is surprised that the Poles played such a fantastic tournament. There is no need to hide that before starting, everyone would take this result blind. Nobody – including me – gave this team a big chance. Such opinions were also expressed by fans, experts, former basketball players and journalists. Everyone said we were going to eat there. And this is due to what has happened in Polish basketball in the last twelve months. A large number of scandals, terrible results in the qualifying for the World Cup. The narrative is such that basketball players will not win anything at the EuroBasket.

Meanwhile, after reading these unflattering opinions, they went to the tournament and made a great sensation. Hats off in front of them. They did a fantastic job. It is a great adventure that will stay in their minds forever.

Can these unflattering opinions really give a motivational kick to action? Has something like this happened with you during your career?

Yes. I must admit that such unfavorable opinions gave me a lot of fuel in my tank. On the basis of all these opinions, interviews and texts, I was able to motivate myself even more. When there was no strength at the end of the match, I was able to summon additional energy to prove to the doubters that Marcin Gortat can also do something on the pitch. That’s why I think that these poor opinions about the staff motivated the guys to act. They wanted to show everyone that they were wrong. Anyway, this could be heard in the interviews that basketball players gave during the tournament. They talked a lot about hate on the internet.

Don’t you think that the biggest success of this EuroBasket is the fact that people finally started talking about basketball, the game, the players, rather than focusing on non-sporting issues, scandals and pinning each other’s pins?

You also have to remember that the scandals you mentioned did not have much impact on how the players will show up at the EuroBasket. These were two completely different things. Especially since these scandals revolved around a few people, not the entire team. It happened, but it had no effect on the boys’ game against Ukraine or Slovenia.

For example, the Lord had a verbal skirmish with Mateusz Ponitka. He was one of the stars at EuroBasket. How do you rate his performances? Did he surprise you with his game?

Let’s put the facts in order. I never said that Mateusz Ponitka destroyed the Polish team or that he was a bad basketball player. He has always defended himself in terms of sports. Nobody has ever questioned this. Mateusz showed at the tournament that he is the leader of this team. He had a phenomenal match with Slovenia, he went down in the history of EuroBasket. Although I believe he had meetings where he was also less visible. But this is also due to the fact that the rivals were well prepared for the match, they knew how to defend it. It’s not easy being a leader in team sports. But let’s be clear: since he is the leader of the fourth team in Europe, it means clear – he has done a fantastic job.

There is information on the web that Mateusz Ponitka can go to the NBA. Has anyone called you about him? I mean the bosses of the clubs in the best league in the world.

I didn’t get a call like that, but that doesn’t mean anything. I am not the general manager or club owner, but only a former NBA player. It is up to the activists of the clubs in the best basketball league in the world to decide on the involvement of a player. For sure, Mateusz’s excellent performance against a strong Slovenia was noticed.

He has great potential, he played a very good tournament. I think these games can build him, but he still has a physical and rebound problem. He needs to improve these elements if he wants to jump to a higher level of basketball. Though I can see that he has made progress in the game in the last 6-8 months. He gains experience and develops his talent.

I saw that Michał Sokołowski impressed you the most during the tournament. Why?

I appreciate and like him very much. We still played together in the Polish national team. He can score points, reads the game, beats the basket, is a fighter in defense, and is a great defender of the best players of his rivals. His strength was convinced by, among others Luka Donic. Sokołowski collects well, he is strong. I believe that he was a certain point in the Polish representation. It was such a “silent MVP” of our team.

Let me be honest: did you support the Polish national team? Because there were such voices that Gortat does not watch the matches of the national team and – to put it bluntly – somewhere what is happening at the EuroBasket.

I know such a narrative came up, but that’s always what happens when you can hit Gortat. I’m used to how internet haters and tighteners often work this way. Of course I watched and supported the Polish national team. I played in the national team with half of these guys, we know each other every day. I wished them the best.

The truth is, my tweets create a lot of lines and headlines that are often negative. I decided that when the Poles were winning and they were doing great, it was better if I did not comment, that everyone would focus on the great results of the team, and not on subsequent entries by Gortata. Especially that in 160 signs you cannot always convey your thought.

During your YouTube program, you said that there was no more marketing promotion for this success. Can you elaborate on this thought?

I think that in their relationship they were not quite ready to consume such success. I mean even more marketing publications. I don’t want to use it as a place to criticize the Polish union, because that’s not what I mean at all. I just think there could have been even more of this basketball in all the media – including TV -. And it should even be!

Hope to see basketball players on TV, “breakfasts” and other entertainment shows. Now there is the role of president Piesiewicz. You have to give him back that he has done a great job in organizing EuroBasket 2025. This is a big deal for Polish basketball. This moment must be seized! This is a basketball opportunity. I believe that one more thing needs to be done.

Build a strong league. I mainly mean a league that is well organized and solvent! It cannot be that there are teams in PLK that contract players and have huge arrears compared to previous basketball players. This is pathology! In a normal European league, this has no right to exist. Such clubs are simply eliminated from the league.

See also:
We have it! A great moment for Polish sport
“Three days and that’s it.” This is how the debutant went to the league
Jakub Wojciechowski: I am very unsatisfied [WYWIAD]
Wojciech Kamiński: Today BCL is higher than EuroCup

Christian Garland’s Reason To Quit His Role on SVU Explained, Where Is Demore Barnes At This Time?

Couple filmed doing it rough in a hotel room