Conclusion:
A little later, Hafenstraße is over! Rot-Weiss Essen beat 1. FC Saarbrücken 1-0 in front of their home crowd. In the second round, RWE had the encounter relatively well under control over some stretches. Only in the last 20 minutes did the Saarlanders switch on the forward gear. But since they only had a few chances, it remained exciting until the end. Shortly before the gates closed, the Essen team had to tremble again. Thanks to a good defense and a strong act by keeper Golz, they defended their lead over time – that’s not undeserved. With the second win of the season under their belt, SV Wehen Wiesbaden will continue after the international break. FCS welcomes SC Freiburg II.

Batz makes the new one! Neudecker finds his keeper seven meters from the goal with his cross. The 31-year-old’s header whizzes just past the long corner.

There’s another free kick. Swede has actually already passed Kourouma on the left, but he then pulls him off his feet. Good free kick position…

Dabrowski turns the clock again. He brings Voelcke for Kefkir. 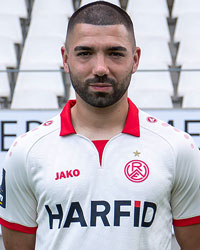 As a result of another corner, Rabihic has the second opportunity to cross. Golz punches the thing away, but also hits opponent Uaferro and teammate Herzenbruch. The goalkeeper himself, in turn, is caught by a knee. But for everyone involved, things seem to be moving forward.

Food again in dire need! After a great one-two, Jacob appears in the front right of the box. The hosts just save his flat pass to the fiver to the corner, where Batz rushes forward. This fizzles out.

Golz with the monster parade! Scheu gets the ball on the right edge of the penalty area and crosses to the center with the left. From eight meters in the middle, Jacob heads the ball to the right corner. But Golz stretches out and parries great with a paw.

The final minutes are running, the guests don’t do much together. What else is going on here in the cauldron of Essen? 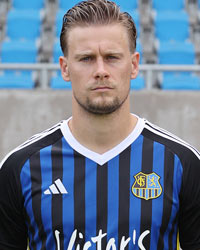 Biada reaches into the opposing half both somewhat rough and tactically. He too is warned. 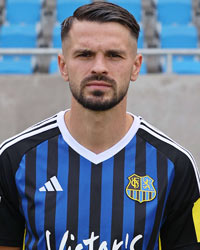 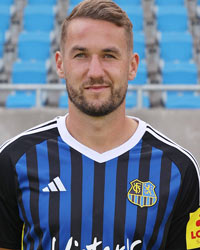 Kefkir kicks a free kick from the left onto the far post. Batz seems to be there, but then the pill slips through his fingers in a duel with Berlinski. At the far post, Young is so surprised that the ball flies over his head and wide of .... 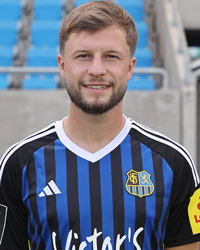 There are the announced changes. Kourouma, Loubongo-M’Boungou and Berlinski are now on the field for Wiegel, Ennali and Engelmann. 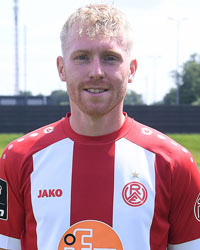 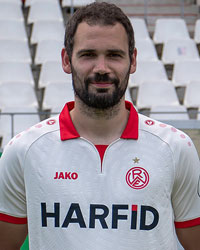 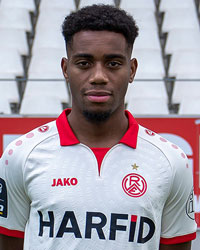 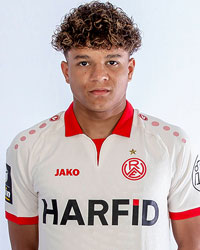 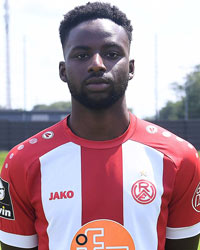 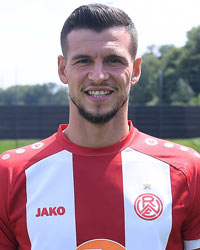 At RWE, the next players are getting ready. Again three fresh forces are ready.

Why not? Neudecker simply takes off from a central position of 24 meters. Golz parries the attempt to the right. At the second attempt, Schwede crosses into the middle, where Biada cannot get past Golz with his harmless header.

Changing festivals in a pot: Swedes, Scheu and Biada come for Krätschmer, Frantz and Kerber among the guests. The hosts replace Götze with Young. 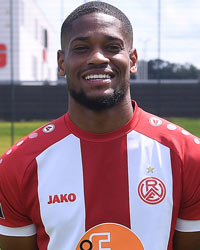 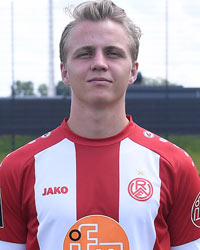 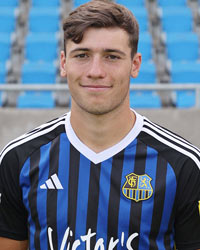 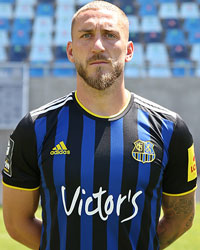 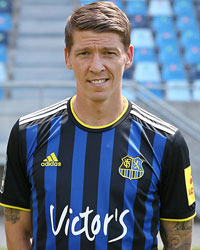 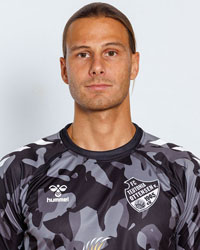 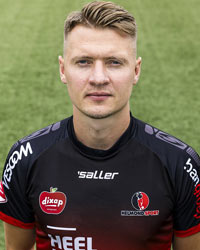 Again the Saarland state capitals: Cuni pulls from a good twelve meters – over it.

Not without danger: Neudecker crosses from the left in the direction of the goal, Golz only reacts very late and then defuses the situation.

Kefkir has his elbow out in the aerial duel. He also sees yellow.

Götze pushes Cuni to the ground on the edge of the field without motivation. If referee Hempel meant it badly, he could have given the scorer a red card for assault. A short pack formation develops, then the action relaxes.

Kerber comes a little too late in the duel, Rother goes down loudly. Foul yes, yellow rather questionable.

First change at FCS. Slightly injured, Grimaldi leaves the lawn and Cuni takes over for him. 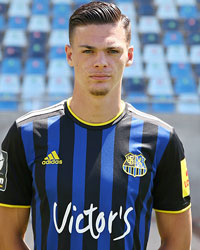 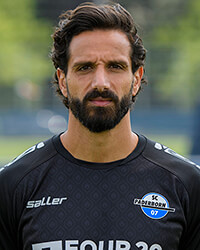 The opposite side: Kefkir nibbles his opponent in the middle of the penalty area and finishes from the half-right edge with his weaker right foot. Batz is there.

On the left in the sixteen, Günther-Schmidt appears relatively freely in front of Golz. But not only is the keeper on ... – the offensive man was also offside.

First of all, the second section begins similarly to its predecessor. Without much risk, both teams are looking for a clever idea in the build-up game.

It continues without personnel changes.

Mid-term conclusion:
Half time in the Ruhr area, Rot-Weiss Essen leads 1-0 against 1. FC Saarbrücken. Almost nothing happened on Hafenstrasse for almost 25 minutes, then the hosts slowly but surely took control. Ennali missed the first significant opportunity, Engelmann was unable to hit the ball properly a few pointer turns. In minute 37 the time had come: Götze ran forward without any real pressure and sank the ball into the net. The 1-0 as an interim result is absolutely fine because there is not enough to see from the Saarlanders. But it also means that everything is still in there. See you soon!

End of 1st half

There is not too much to suggest that the guests will come back before the half-time whistle. The Dabrowski team is too stable on the defensive.

The lead for the home side is by no means undeserved. They’ve been the harder-working and slightly more dangerous team for quite some time. Saarbrücken must come up with something now.

Food takes the lead! Frantz fritters the ball away on the left flank against Tarnat. The ex-Hanoverian’s pass lands on Götze, who storms into the box unchallenged via the half-right. The 24-year-old flicks the ball into the far corner from 14 meters out.

Now also danger on the other side! Bastians’ corner from the right extends Grimaldi from seven meters to the far post. Frantz is completely free, but can’t really get to it with his long leg. Goal kick.

Batz has to go! As a result of a hard, flat cross from Ennali’s right wing, the keeper threw himself into Engelmann’s shot. Good action by the 31-year-old.

RWE, on the other hand, is good at building up the game. The opponent has to run a lot, but the brilliant idea is often missing from the second third.

Nothing has been seen from FCS for some time. The Koschinat men can’t get a foot in the door offensively.

There’s the first real chance of the match! Kefkir receives the pill on the left and crosses straight towards the penalty spot. However, the incoming Ennali pushes them free-standing to the left of the box.

We are still waiting for the first significant opportunity. Apart from the action in the first minute, we are offered rather lean food offensively.

Kefkir is allowed to try twice with a cross from the left wing. First his free kick is clarified, then he finds no buyer with his cross.

As usual, the atmosphere on Hafenstrasse is excellent. The home fans loudly whip their team forward.

Rot-Weiss is currently a bit stuck in the opposing sixteen meter area. However, this does not yet result in real opportunities.

Zellner blocks a shot from 17 meters in the right-hand position with his shoulder and arm. Penalty screams are loud – rightly so.

From the left hemisphere, Kefkir brings the marble to the center. The guests get the thing clarified.

There’s not a lot of pace in the game yet. Both defensive lines have been extremely safe so far.

In the first few minutes we see an expected picture. Saarbrücken generates a lot of possession, Essen is waiting for moments of change.

After a few seconds it gets exciting. With a high pass to the top, Jänicke, who exploited a voting error, lobs keeper Golz. Clearly in front of the line, however, Bastians cleans up the scene.

The Saarlanders are in a much better position. After eight games, they are in fourth place and can oust SC Freiburg II from third place with a draw. It was certainly helpful to win again (6:0) after four consecutive draws against SpVgg Bayreuth. Today it should work with the next three – and the quiet promotion ambitions get more food.

The squad from the Ruhr area was in a goal mood during the week. In the second round of the Lower Rhine state cup, they clearly won away at the state league club 1. FC Wülfrath (9:0). Maybe this sense of achievement was needed to finally get started in the league. Two weeks ago they managed to win their first win of the season at home against FC Erzgebirge Aue (2-1), but Essen recently suffered a defeat at VfL Osnabrück (0-1). In the classification, that’s currently only enough for 18th place.

Hello and welcome to the end of the ninth matchday in the 3rd division! In the duel between the bottom of the table and promotion places, 1. FC Saarbrücken is a guest at Rot-Weiss Essen today. Kick-off is at 7:00 p.m.

How Did Anabel Gutiérrez Die? Icon of the Cine de Oro, Cause of Death?

With the right words, Biden could help China avoid making a wrong move toward Taiwan

How Did Golfer Tom Weiskopf Die? Check His Cause of Death, Dies at 79