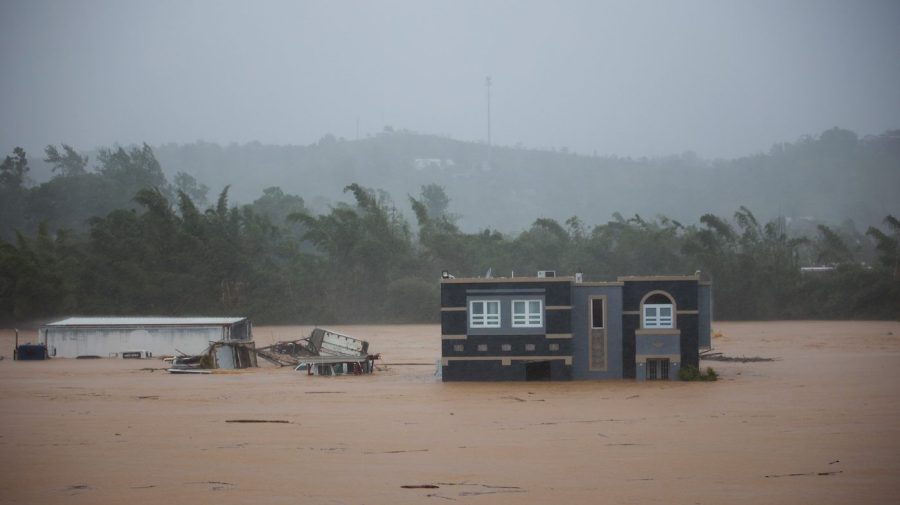 How big is Hurricane Fiona?

After a sleepy start to the Atlantic Hurricane season, Fiona became the sixth named storm of the season. At first a tropical storm, Fiona reached category one hurricane status late last week.

Forecasters predicted that the storm would drench Puerto Rico in up to 30 inches of rain Sunday and Monday with the heaviest rainfall expected in eastern and southern parts of the island.

On Sunday night, Hurricane Fiona had maximum sustained winds of 85 miles per hour and moved westward at 10 miles per hour, according to the U.S. National Hurricane Center.

What is the damage?

The hurricane caused “catastrophic” flooding, and mudslides and knocked out the island’s power grid. All of Puerto Rico’s 3.2 million residents lost power during the storm, something that private power company, LUMA Energy, confirmed in a tweet on Sunday.

As of Monday afternoon, over 1.3 million customers in Puerto Rico are still without power, according to poweroutage.us. LUMA Energy said Monday that the company has been able to restore power to over 100,000 customers in the San Juan metropolitan area, Toa Alta, Toa Baja, Corozal, and Bayamón.

Overflowing waters from the Guaonica River washed away a metal bridge in Utuado, Puerto Rico which had been set up by the National Guard after Hurricane Maria struck the island in 2017.

At least one death has been reported as a result of the storm, a man who died while trying to operate a generator, according to The New York Times. Authorities reported that 1,000 stranded people have been rescued across 25 municipalities.

President Biden has issued a state of emergency for Puerto Rico and authorized FEMA to give emergency aid to the island and some states are offering aid.

On Monday, New York Governor Kathy Hochul said the state will send over 100 state troopers to the island over the next week to support disaster relief by directing traffic, removing barriers on roads and other tasks.

Those that are stateside and want to help should consider giving monetary donations to the following organizations:

The PRxPR Relief and Rebuild Fund, which states on its website that 100 percent of donations are given to the most critically impacted communities on the island.

Foundation for Puerto Rico, formed over a decade ago the organization seeks to “unleash Puerto Rico’s potential in the global economy” and works on economic development, resilience programs, and disaster relief fundraising.

Taller Salud, a feminist grassroots nonprofit that focuses mainly on anti-violence efforts, but is currently raising funds for hurricane disaster relief and accepting other donations.

Ayuda Legal Puerto Rico, the Puerto Rican equivalent of Legal Aid. The organization works to help those impacted by natural disasters among other things.

George Weah’s Biography, Career and Net Worth as in 2022

The Third Season of The Devil is a Part-Timer: Renewed or Cancelled?

The Mermaids of Floor is Lava: Where Are They Now?

Marvel’s Armor Wars Trailer Is Great, But I Have Concern About The War Machine Story