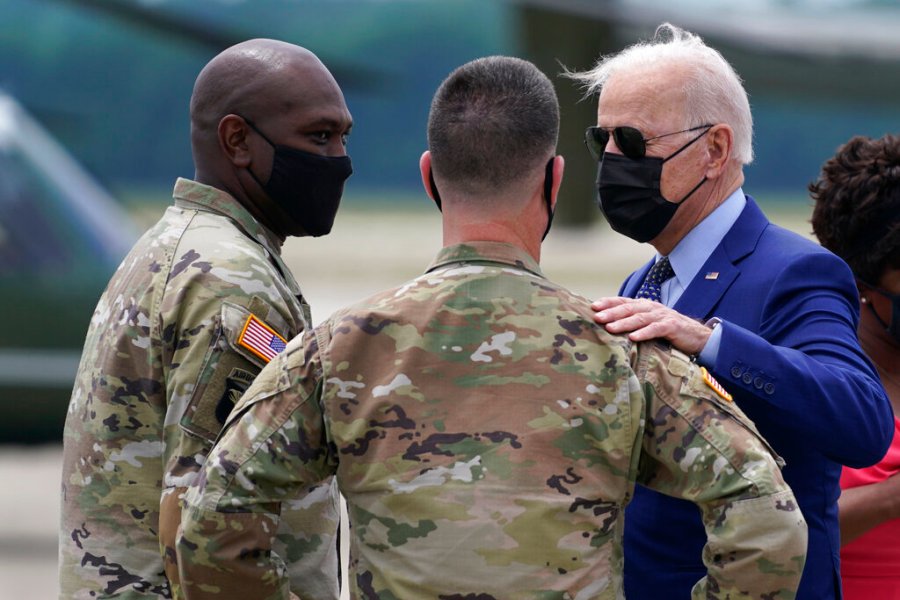 A major general in the Army who has faced off against a couple Fox News hosts is being probed over his use of social media, an Army spokesperson confirmed.

Spokeswoman Cynthia O. Smith said in a statement that Maj. Gen. Patrick Donahoe has been temporarily assigned to be a special assistant to the Commanding General of the U.S. Army Training and Doctrine Command pending an Army Department review.

“As the Army’s review process is ongoing, we cannot provide any additional information at this time,” Smith said.

Multiple news outlets reported in May that Donahoe planned to retire from his position as the commanding general at Fort Benning in Georgia in July. But his profile page on the Army’s website does not list him as being in the retirement process and notes his position as special assistant since last month.

Donahoe was among a group of top military leaders who pushed back against comments that Fox News commentator Tucker Carlson made in March 2021, in which he said the Army was becoming too “feminine” because of efforts to attract more women to join the military.

Donahoe posted a video of himself conducting a reenlistment ceremony for a female soldier as a “reminder that @TuckerCarlson couldn’t be more wrong.”

Fox host Laura Ingraham attacked Donahoe in July of last year over him grappling online with a veteran who was arguing against the military’s COVID-19 vaccine requirements.

A source familiar with the situation told The Military Times that Donahoe is likely to face discipline for his conduct on social media, but the type of discipline is not clear.

Donahoe did not immediately return a request from The Hill for comment.

Noah Baumbach on career decline and working with Greta Gerwig

Inside Geoff Ogilvy and Partner Bree Laughlin Love Life, Are They Married Yet?

Rebels answer what mental health means to them

The Conclusion of The Luckiest Girl Alive is Discussed: Does Ani Reveal Dean?

Jai Serong: What To Know About AFL’s Caleb Serong Brother