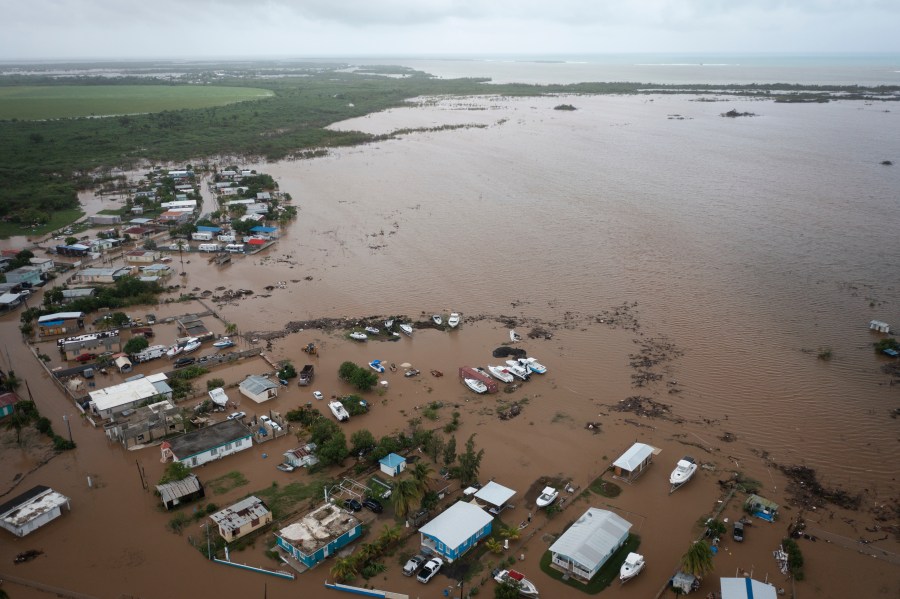 As of Tuesday afternoon, nearly 80 percent of Puerto Rico is still without electricity after the storm caused all of the island to lose power, according to poweroutage.us, a site that tracks power outages across the United States.

Since the power went out, the island’s private power company, LUMA Energy, says it has been able to restore electricity to roughly 300,000 customers.

Thousands of residents are struggling to access clean water as a result of the storm. As of Tuesday afternoon, there are 693,963 customers without access to water, or about 55 percent of all customers, according to the Puerto Rico Emergency Portal System.

And more rain is expected to come as the now category 3 hurricane intensifies as it heads toward Bermuda. A flood warning is still in effect for parts of the island until 8 p.m. Tuesday, according to the National Weather Service.

Here is a list of a few nonprofits and mutual aid funds that are working to help Puerto Ricans on the ground:

Techos Pa’ Mi Gente, a nonprofit that started in the wake of Hurricane Maria, the organization works to reconstruct homes and communities destroyed by natural disasters.

Project Hope, has emergency response personnel in Puerto Rico and the Dominican Republic, which has also been devastated by Fiona. The international organization has a history of working in Puerto Rico and provided aid to the island after several earthquakes struck in 2019 and 2020.

PRxPR Relief and Rebuild Fund, which has raised money to help rebuild the island after Hurricane Maria. Funds are used for short-term and long-term humanitarian needs like providing food and clean water and clean energy initiatives.

Foundation for Puerto Rico, formed more than a decade ago, the organization seeks to “unleash Puerto Rico’s potential in the global economy” and works on economic development, resilience programs, and disaster relief fundraising.

Taller Salud is a feminist grassroots nonprofit that focuses mainly on women’s health and anti-violence efforts. It is currently raising funds for hurricane disaster relief and accepting other donations.

What you should know about Phyna, BBNaija season 7 winner

EA is teasing an imminent ‘Need for Speed’ reveal

‘I Never Dreamed Of Having Such A Big Achievement,’ Says Crowncy Anyanwu As She Spends Millions On A Mansion In Lekki.