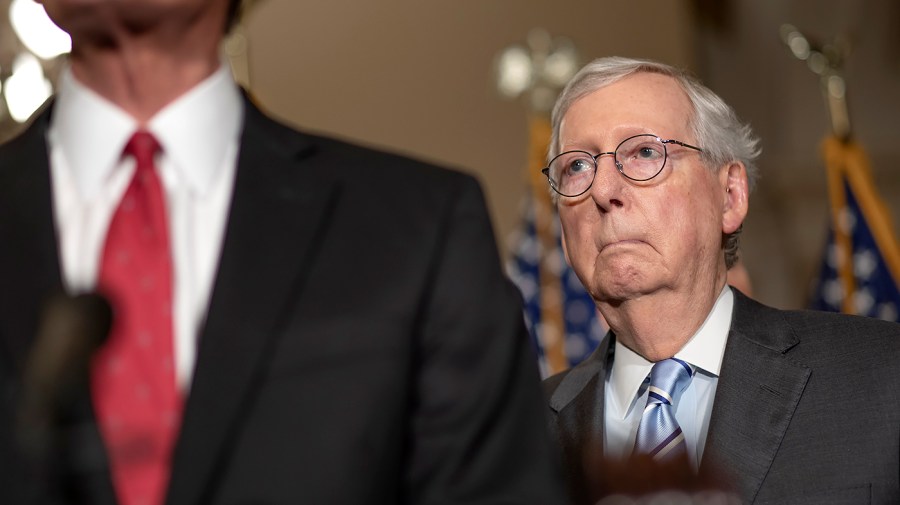 A Republican super PAC with ties to Senate Minority Leader Mitch McConnell (R-Ky.) confirmed on Tuesday that it is slashing spending in the Arizona Senate race, eliminating a more than $9 million ad campaign.

Jack Pandol, a spokesperson for the Senate Leadership Fund (SLF), confirmed to The Hill that $9.6 million in ad buys are being slashed between Oct. 4 through Election Day, and that the majority of that ad reservation — more than $7.5 million — had already been made up by a slew of outside groups.

Axios was the first to report the news.

Among the groups that have pledged money toward the race include Sentinel Action, Saving Arizona, Our American Century, the Senate Republicans’ campaign arm, Club for Growth and Restoration PAC, according to Pandol. He noted that a nonprofit with ties to SLF, One Nation, had already funneled $5.2 million into the race this summer.

Steven Law, the president of the super PAC, said in a statement that the move would allow them to “maximize” their investments and pursue opportunities elsewhere.

“We’re glad to see Republican outside forces showing up in a big way in Arizona, with millions in new spending pledged to take down Mark Kelly in the final stretch. This allows us to pursue offensive opportunities, maximize our investment in existing commitments, and concentrate our efforts to win the Senate majority,” he said.

“We remain optimistic that the issue environment is in our favor, we have multiple pathways to obtain the majority, and we are spending heavily and strategically to achieve that goal.”

But McConnell is still involved in the race, according to The Washington Post, which reported that he would be participating in a fundraiser with Arizona Senate candidate Blake Masters (R).

Pandol noted that the super PAC would be spending $3.76 million in Georgia, $2.1 million in Nevada and $2.4 million in New Hampshire this week and had already launched ads in all three days. A move that suggests SLF is focusing its efforts on several other competitive Senate races.

The Arizona Senate race, however, is still critical for determining which political party controls the Senate next year, and the race has been rated as a “toss up” by the nonpartisan Cook Political Report.

Who is Deyon Miller? Wikipedia, Bio, Age, Height And Instagram

Is Tyrese Gibson In The Hospital? What Happened To Him? Death Hoax