Microsoft just released the first major update to Windows 11. It includes some useful and highly requested new features, though it’s not a complete revamp. That’s to be expected after all the huge changes Windows 11 brought when it came out a year ago. Microsoft is calling this new version the Windows 11 2022 Update, though it appears as Version 22H2—for 2022, second half—in system settings.

All the new features have already appeared in prerelease software as part of the Windows Insider program. In fact, that program lets you see features being considered for builds even farther out than 22H2. If you’re not an Insider, here’s an overview of the most interesting features in the update.

1. Drag and Drop for the Taskbar Windows 11 users have complained about the loss of the ability to drag and drop files onto taskbar icons. The 22H2 update thankfully addresses this gap, returning the capability. It’s not a feature I use often, and it doesn’t let you simply drag a file icon to open the app. The app must be running first, and when you first drag it onto the taskbar, the universal no symbol appears, but don’t let that deter you, the app window will appear and you then can drag the file onto it to open it.

Another completely new taskbar capability coming to a later update is an overflow button that appears when you have too many icons on the taskbar.

2. Folders on the Start Menu

With Windows 11’s 22H2 update, you can make folders, or groups of app icons, and put them on your Start menu. You can name the groups, as shown above. The resulting small icon clusters will be familiar to any smartphone user. Also new for the Start menu is the ability to choose to have more pinned apps and fewer recommended apps, or vice versa. 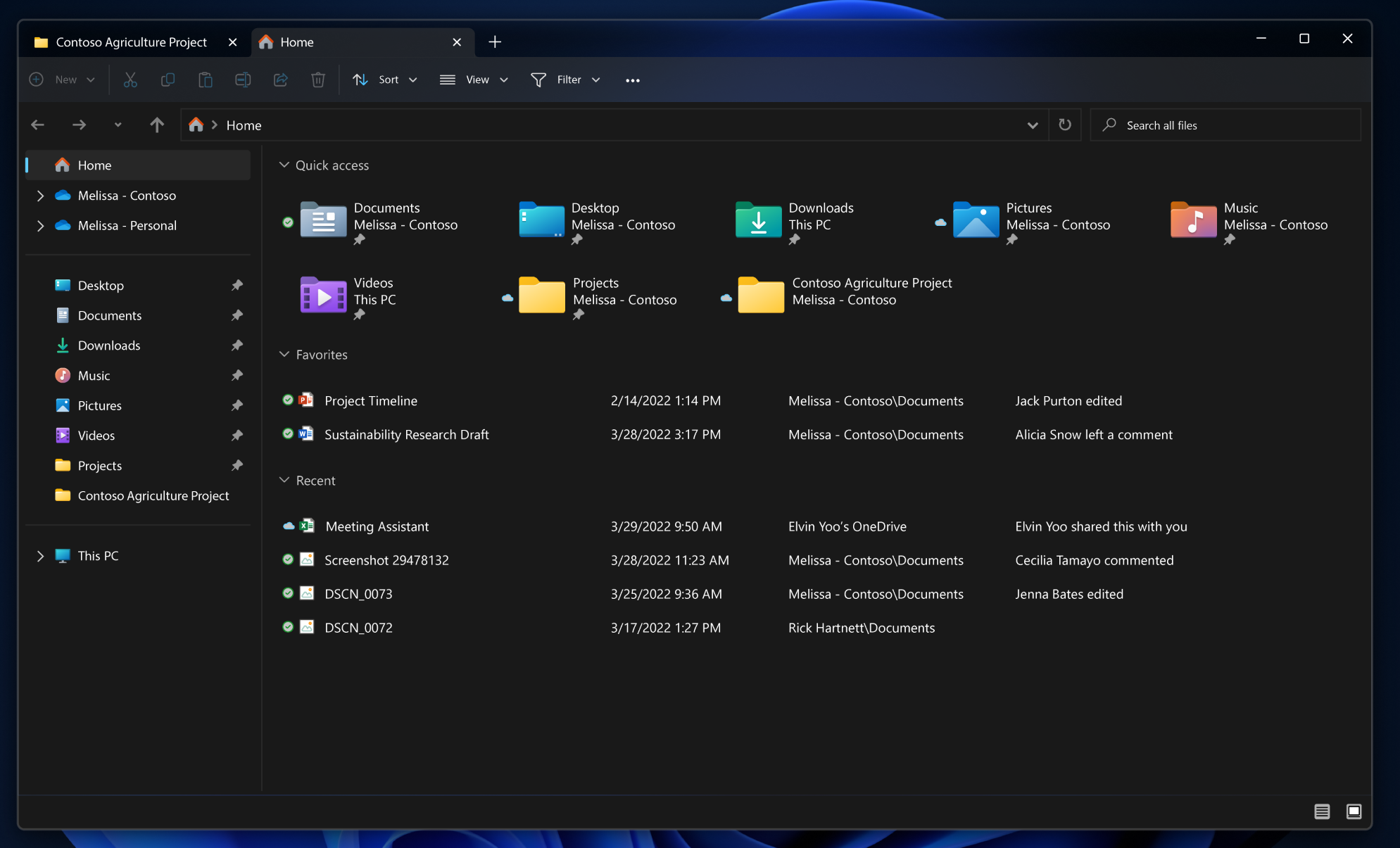 The File Explorer sees some changes in 22H2. Quick Access is now called Home, but there’s still a group on the right panel called Quick Access, where you can pin files as well as folders. Folder previews—those little thumbnails overlaid over the file icons—return in 22H2, after being absent with the first release of Windows 11. They are especially helpful with image folders. The right-click context menu, which was helpfully abbreviated in Windows 11, gets an update in 22H2, and you can open a longer context menu with Ctrl-right click.

Tab lovers will have to wait, however. The macOS Finder has had a tabbed interface for nine years, and Windows will be getting the same in October 2022 as an optional preview and then in November as a full release. Despite the delay, Microsoft is considering this feature as part of the Windows 11 2022 Update version. (Third-party File Explorer replacements already offer tabs, if you really can’t wait.) 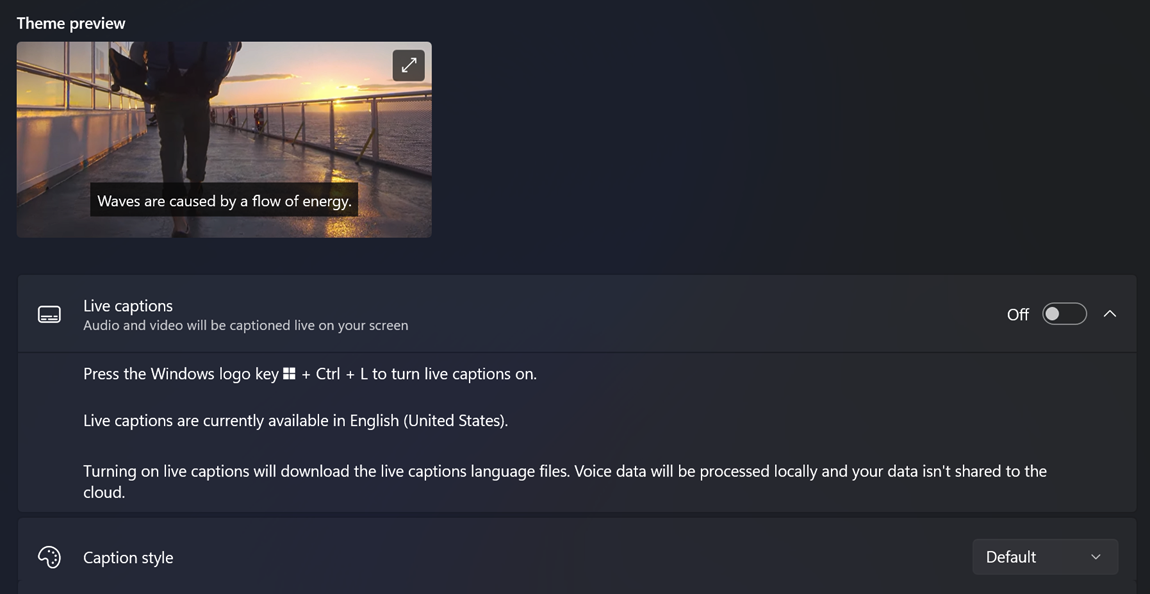 Live Captions is a pretty nifty new feature that Microsoft has been talking about for a while at its press events. This accessibility feature adds the ability to generate closed captions for any audio playing in any app on the computer. Live Captions only works in English at present, but one impressive aspect is that the voice data is processed locally—not sent to the cloud—meaning better privacy protection for you. The initial setup does, however, require a download.

One terrific use for Live Captions is to allow someone to read anything said in the room using the Include Microphone Audio option. And a profanity filter lets you omit naughty words. In a related accessibility update, you’ll get more realistic choices for the Narrator feature, which can read screen text aloud. 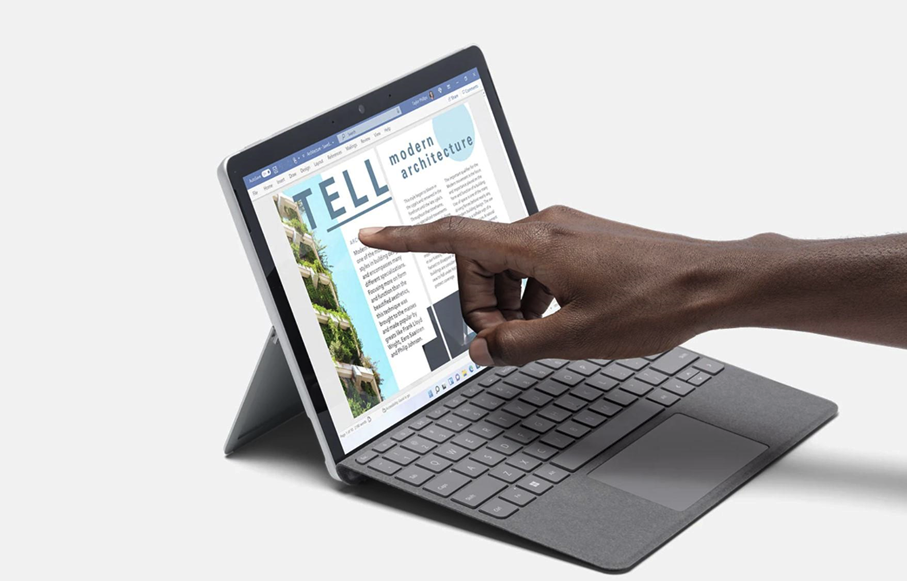 Tablet users get new capabilities with Windows 11 22H2. New gestures let them summon the Start menu by swiping up from the bottom of the screen. Swiping up from the right-bottom brings up the Quick Settings, which adds needed convenience. In all, I’ve not been a big fan of the changes in Windows 11 for tablet users, but these new changes take a couple of small steps in the right direction. 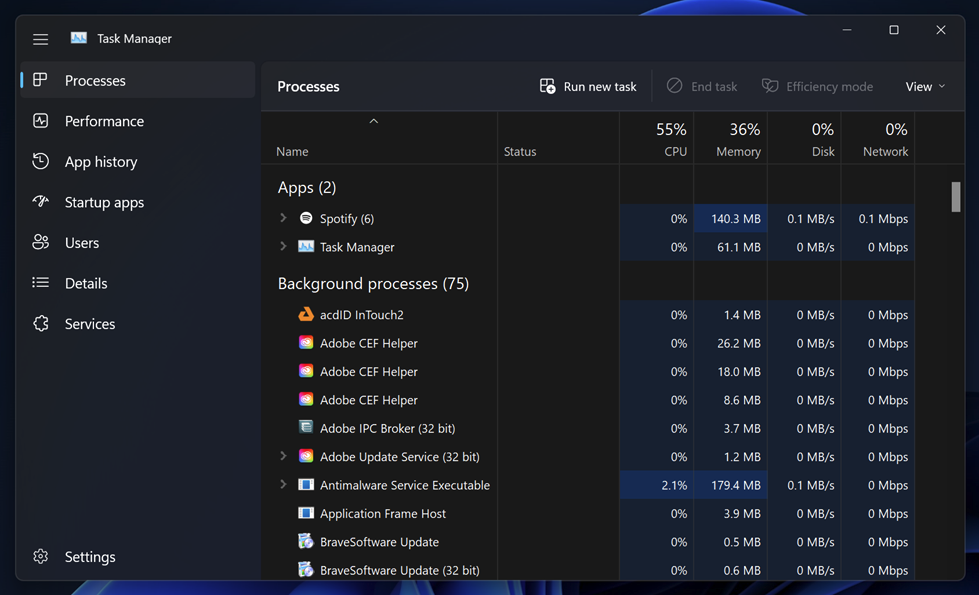 The Task Manager is the latest Windows 11 utility to get the new Fluid Design treatment. The left panel collapses if you shrink the window, and clever new icons appear alongside the previous version’s text-only headers, to help you quickly identify the sections. 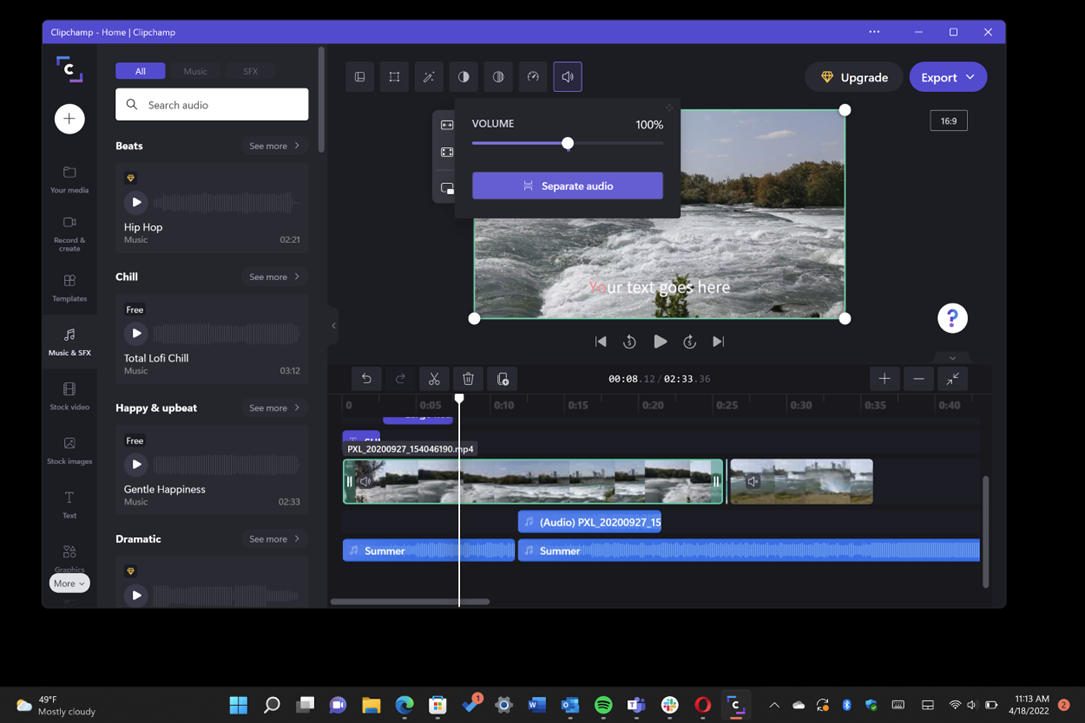 For the record, I’m not a fan of the term inbox app since you’re not getting them in email, but it’s come into usage among Windows pundits to mean the included first-party apps that come along with Windows. We’ve already covered the prerelease versions of some of them, including Sound Recorder and ClipChamp. Another is an updated Family Safety app, which is a web-based app that lets Microsoft 365 subscribers keep watch over young people in their household who have the mobile app for the service installed or those who use an Xbox. When you download an app from the Microsoft Store, you know it’s been vetted for security and functionality, but many people also install possibly untrustworthy software they find around the web. The Windows 11 2022 Update brings Smart App Control, which uses AI to prevent malicious software installations from any source. It lets those who manage a business or family the option turn the feature on or off, or put it in Evaluation mode. Evaluation mode determines whether the downloaded app would get in the way of your daily computing, and if not, enables the protection. User Access Control (better known as UAC), which pops up a box in which you OK any software changes, is still in place with the update.

The 22H2 update is rolling out to all Windows 11 users. To get it now, simply head to Settings > Windows Update to check for the new version. Not everyone will be able to install 22H2 immediately, however. Microsoft uses a gradual rolling release based on hardware and software compatibility with the new version.

A Steady Stream of Windows Updates

Big releases aren’t the source of new features for Windows 11. New features also arrive in between major releases now that Microsoft has moved to a software-as-a-service model. In fact, some features that have already shown up in interim updates may be considered even more significant than those in the 2022 Update, such as the weather icon in the taskbar; a new Media Player; updated Notepad, Paint, Photos, and Sound Recorder apps; and improvements to the Edge web browser, to name a few.

Microsoft claims that updates will be much smaller downloads—by as much as 450MB—and that they’ll take place at hours when renewable energy (wind, solar, hydro) is more available.

Because of this steady stream of updates, it’s better to think of Windows as evolutionary rather than schedule-based. Microsoft details its updating plan in a blog post, noting that it will take advantage of the monthly security updates and app store updates as well as the annual feature updates. Don’t forget that Microsoft doesn’t offer major updates to all PCs at once: The software is verified for compatibility and rolled out to hundreds of millions of PCs gradually.

More is undoubtedly coming to Windows 11 in 2022 and beyond, so be sure to keep track of all the news about Microsoft’s latest desktop operating system at our Windows 11 page.

6 reasons you must massage your breasts!