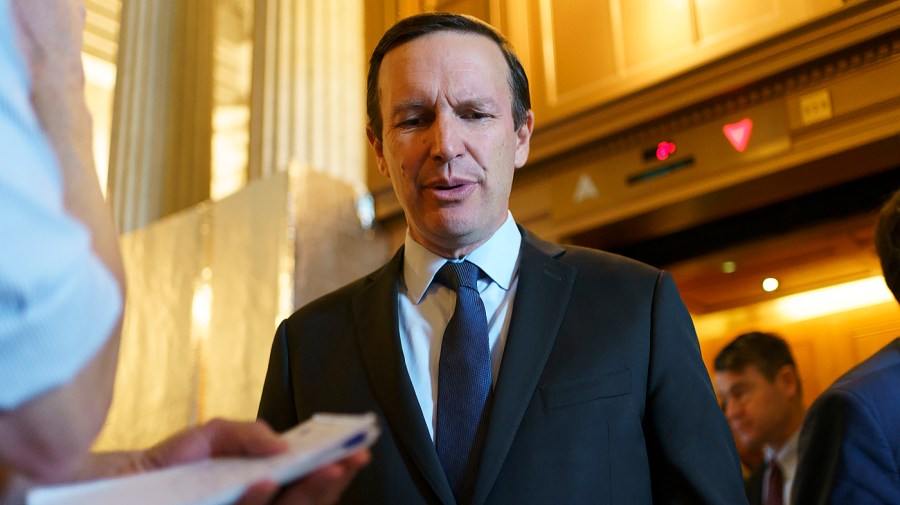 Sen. Chris Murphy (D-Conn.) said on Wednesday that Russian President Vladimir Putin is trying to rally domestic support for his war in Ukraine amid “real hostility internally” as Moscow struggles to make gains in Ukrainian territory.

Murphy, a member of the Senate Foreign Relations Committee, said on MSNBC’s “Morning Joe” that Putin was mostly speaking to a domestic audience in his Wednesday address announcing a partial call-up of military reserves and threatening to use “all the instruments at its disposal” to hold off threats to Russia’s territorial integrity.

Murphy said Putin has been increasingly facing resistance from his own political advisers who see the war as going “horribly.”

Ukraine has retaken thousands of square kilometers of its territory as part of a counteroffensive it launched earlier this month. The campaign has increased optimism among U.S. and Ukrainian officials that Kyiv can hold Russia back, and experts have said the counteroffensive could signal a major shift in the war.

Murphy said Moscow is moving toward a “massive recession” that is going to create instability for Putin’s leadership, so he needs to justify to the Russian elite and public why the war must continue.

Murphy said he is concerned that aid to Kyiv could be reduced or eliminated entirely if Republicans retake control of Congress in the November midterm elections. He said a third of House Republicans voted against the May aid package for Ukraine, and many closest to former President Trump attacked those who were supportive of the measure.

“I just see a freight train coming, and that is Trump and his operation turning against aid for Ukraine,” he said.

He said he expects House Republicans will be against “anything” that President Biden supports, including aid for Ukraine, leading to a “crisis” where House GOP leadership refuses to support additional aid. He said no legitimate national security argument exists for ending the assistance.

“Republicans who normally would have supported such an endeavor opposed it simply because it was being proposed by President Obama,” he said. “I think the same thing is likely to happen if the House falls into Republican control.”

Stocks tumble on fears about rates, recession after jobs data

Socia media users against the voice of Chris Pratt in a movie adaptation of ‘Super Mario Bros’: We can stop this

Where Was Catherine Called Birdy Filmed?