Survivor Season 43, the highly anticipated season of the top-rated reality competition series, will begin on September 21, 2022, at 8 p.m. ET/PT, exclusively on CBS. Charlie Parsons’ series will return with eighteen brand-new competitors. The 43rd season of the CBS reality series has been hosted by Jeff Probst. Survivor season 43 will stretch the players to their limits over the span of twenty-six exciting days. The official summary for the first episode of Survivor season 43, titled LIVIN, is as follows:

“Eighteen new castaways build their own civilization and go on their expedition for $1 million.”

When she was younger, Elisabeth “Elie” Scott struggled with self-doubt.

In a recent interview with Parade, Scott explained why she joined the CBS reality competition series:

“I began my application to Survivor with the intention of just appearing on the program since I am enamored with it. I’m a big fan. But, throughout the audition process, I’ve done a lot of self-reflection and recognized that I had a lot to prove to myself. I’ve had a lot of self-doubt about my ability since I was a kid.”

“And I guess I wanted to show myself that I could go outside of my comfort zone and try something new. Because of my career and familial structure, I’ve always been in a position to serve others. So this is an opportunity for me to concentrate on myself and put myself first for the first time in my life.”

When asked about her favorite moments from prior seasons of the show, she stated:

“I have so many great moments from Survivor’s history. I believe the one I just stated, in which Erik handed up his idol and the brilliant Black Widow Brigade orchestrated it. Everybody did an outstanding job. It was a genuine team effort, with everyone working together to pull off this incredible surprise. But I also like odd and amusing events.”

“I was reminded of one today in which Billy confessed his love for Candice [in the Cook Islands]. And it felt quite unpleasant simply thinking about how we’re sitting here now, staring at each other. We are not permitted to talk to each other before the game. I imagine how embarrassing it must have been. (Laughs.) But it was also a very humorous and sweet moment. That one came to mind today.” 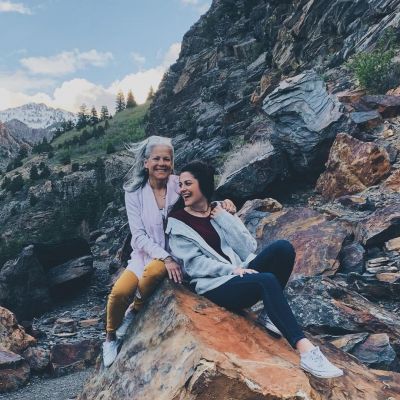 While discussing how her effort would provide her a significant edge in the game, the participant stated:

“My profession, I believe, has really prepared me well for this game. My work is quite difficult. I deal with veterans suffering from Post-Traumatic Stress Disorder. In any session, you never know what to expect. They may all have PTSD, but each person’s experience with it is unique. As a result, I must think rapidly on my feet. I must be able to form strong ties with individuals in the first session you meet them.”

Everything To Know About Newly-released Amazon Products

Who Are Jacinta Garay And Mike Stanton? Facts On Giancarlo Stanton Parents

When will House of the Dragon Show Rhaenyra and Daemon get married?

Is Jack Hendry Related To Colin Hendry? Update On His Father And Family

Who Is Tua Tagovailoa Girlfriend Turned Wife Annah Gore? 5 Quick Facts About Her

'Pushpa' music director: Love for MJ resulted in my passion for music videos

Who Are Darrell Baker Jr. Parents?